Get with the e-programme: Saturday 13th November 2021 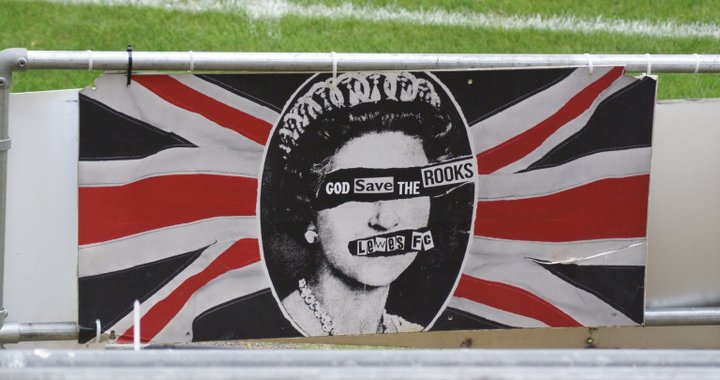 A little delayed just to build your anticipation, our electro-programmes from Saturday. Please wear a face covering whilst protesting about them.

We had fewer than usual electronic programmes at the weekend- not due to any kind of ant-e-pax protest but due to the FA Trophy. So here are the ones we had left.

Starting in the Trophy, Canvey Island walloped Yaxley six-nil and produced this beautiful thing, whilst Cheshunt's win over Berkhampstead was previewed here, but you might not liker it if you're a bunch of Berko's.

Felixstowe and Walton United's magnificent win over Peterborough Sports came with this offering, whilst Marlow's penalty defeat to Larkhall Athletic was previewed here.

Back in the Pitching In Isthmian League, Lewes welcomed Haringey Borough to the refrain of their usual all singing and all dancing number, whilst in the North Division Great Wakering Rovers walloped Romford, programme here. In the South Central Division, Chalfont St Peter illustrated their win over Sutton Common Rovers like this, whilst in the South East Division we had two programmes, from Sevenoaks Town v Chichester City here, and Sittingbourne v Three Bridges here, both of which ended as one-one draws.

Buildbase FA Trophy- Second Round draw  After Saturday's heroics, xx of our clubs found themselves in today's draw for the Second Round of the FA Trophy. Here's who they face next.