Get with the e-programme: Saturday 17th October 2020 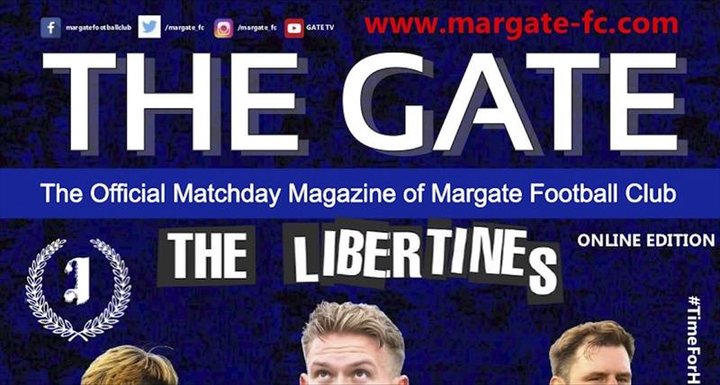 Our electronic offerings from the weekend

We had a mixture of Pitching In Isthmian League and FA Trophy action, and a smattering of electronic programmes. Here are the ones we've managed to track down!

In the Premier Division we had but one electronic offering. Margate previewed their defeat to Worthing here.

Into the Trophy now, and we start at Ashford Town, who defeated Whitstable Town by the only goal of the game and produced this thing of beauty.

The match report, photos and programme from Barking's win over Harlow Town is here, whilst the magazine from Bedfont Sports shootout defeat to Coggeshall Town is at the bottom of this page.

Felixstowe and Walton United fans will love this one, Westfield fans not so much after the match ended five-nil to the hosts; whilst Haywards Heath Town's programme from their defeat against Welwyn Garden City is here.

Maldon and Tiptree defeated Grays Athletic in a cup competition for the second time this season, and their programme for this one is here, whilst Sittingbourne's victory over East Grinstead Town had this programme.

You can find the programme from Uxbridge's win over Waltham Abbey here, and finally, that from Whyteleafe's shootout win over Cray Valley PM can be found here.

 FA Trophy- draw announced The draw for the Third Qualifying Round has been made. Here's the news you need.