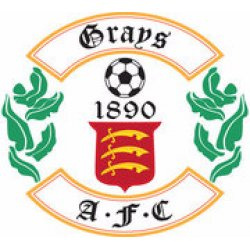 Grays Athletic were dealt a blow last night, when the Planning Committee of Thurrock Council turned down an application which would have seen land around Thurrock's former ground at Ship Lane turned into a vehicle preparation plant, and the ground itself gifted to the homeless football club.

Seven of the nine committee members voted against the plan- although given some of the comments made by elected officials at the meeting there seems to be a singular lack of understanding about how the club ended up homeless and about their financial situation; comments which have outraged supporters and club officials at the supporter-owned club. Director Glyn Jarvis summed them up- politely- when stating on Twitter:

'Disgraceful Councillor comments about when we were forced out of the Recreation Ground in 2010. All Section 106 moneys from the development were allocated/spent. NO ONE PENNY WAS GIVEN TO GRAYS ATHLETIC FC.'

The club issued a short statement, below.

During the Committee Meeting, there were a number of inaccurate statements aired about our football club and we will ensure that the appropriate people are corrected.

The club will consult with Group 1 in the next few days and will make a more detailed statement shortly afterwards.'

 My First XI- Ray Clay, Bishop’s Stortford Ray has five decades of watching the Blues to pick from. Here is his squad, featuring players from yesterday and today