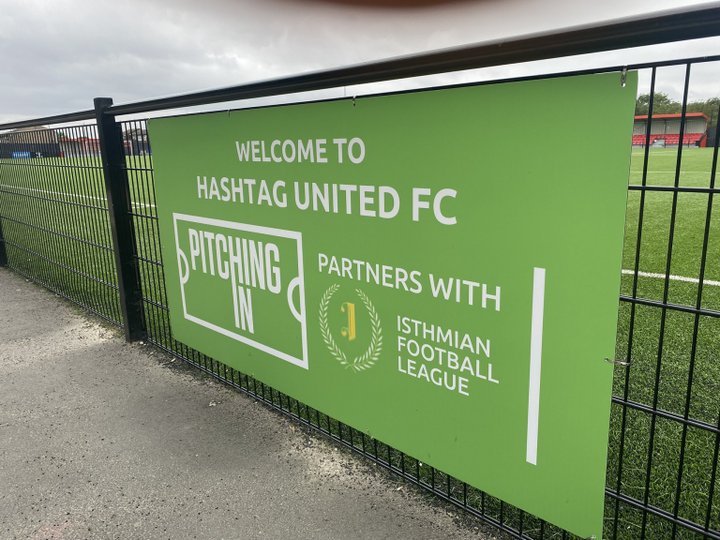 We had three matches last night, and Hashtag United sprung the biggest surprise. A round up and electronic programmes are here.

Hashtag United hosted our Pitching In Isthmian North Division title favourites Maldon & Tiptree last night. The Jammers came into the match with a one hundred percent record, whilst United were still searching for their first victory, but by full time you'd have thought it was the other way around as the hosts cruised to three points.

The match was undoubtedly tighter than the result suggests. Kris Newby opened the scoring for Hashtag in the first half, and it took until the last four minutes to make sure of victory, Lee Hursit and Jesse Waller-Lassen scoring late to make sure- but a three-nil win over a side like Maldon will make the rest of the division sit up and take notice. United climb to fifteenth, the Jammers ended the night in fourth.

Our other North Division one hundred percenters- actually, after last night our only North Division hundred percenters- Barking were in FA Cup action. The Blues faced the Blues, as Aveley played host in an FA Cup First Qualifying Round Replay. For almost the whole match it seemed as if the Millers would progress, after Tom Anderson gave them a twelfth minute lead, and then right at the end Charlie Heatley popped up with an equaliser. The match went through extra time with no further goals, and then we reached the penalty shootout, which cried out for a hero. It found one in the shape of Barking keeper James Shaw, who made the only save of the shootout and guaranteed that it was the visitors who progress to a Second Qualifying Round tie against AFC Dunstable on Saturday.

You can find the programme here.

Finally, and taking last billing despite being in the Premier Division, Carshalton Athletic and Bowers and Pitsea couldn't manage a goal between them. Athletic are eighth, Bowers sixteenth- and please note, if you want to be further up the roundup, you need to score a goal!