Hawks and Hamlet for Mental Health 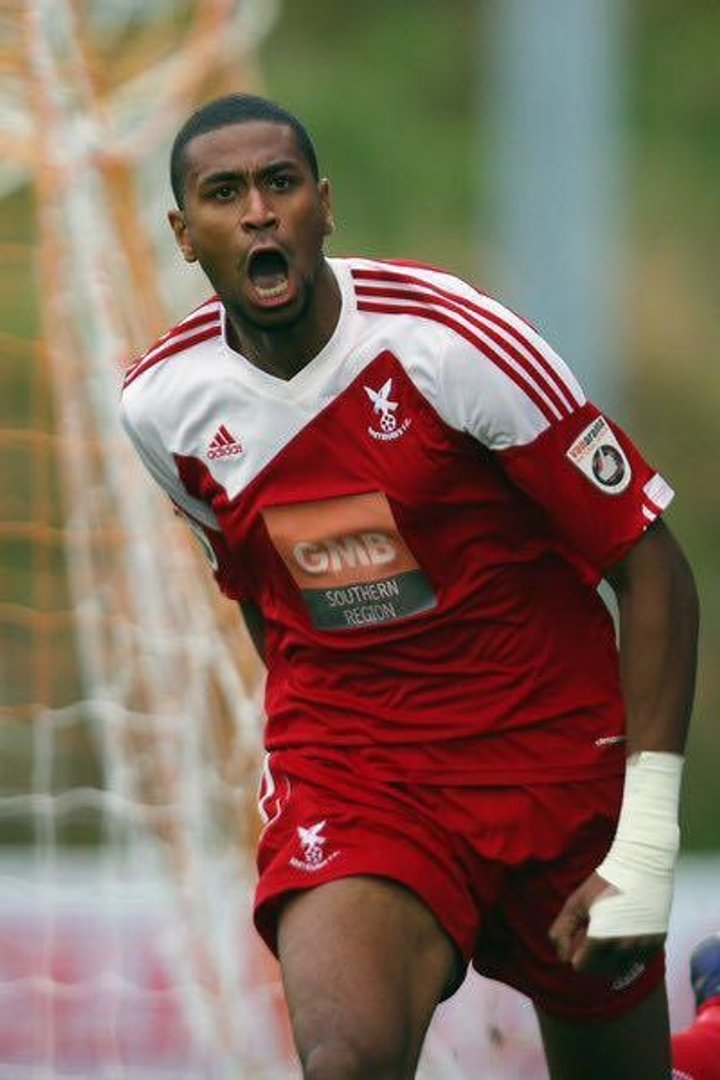 Two of the country’s most progressive Non-League Football Clubs have joined forces to raise awareness and funds with a series of events in February for the charities Mind in Brighton and Hove and Lambeth and Southwark.

Dulwich Hamlet of the Vanarama National League South and Whitehawk of the Pitching In Isthmian League South East have announced a series of joint initiatives during February, culminating with a very special ‘zoom’ evening with current Hamlet striker Danny Mills, who spent five years at Whitehawk during one of the most successful periods in the club’s history.

Many fans visiting the Enclosed Ground with their club will recall with dread being advised to "Head for the Hills, it's Danny Mills"- mainly because this announcement followed a goal for the Hawks! Luckily the hills weren't very far away... 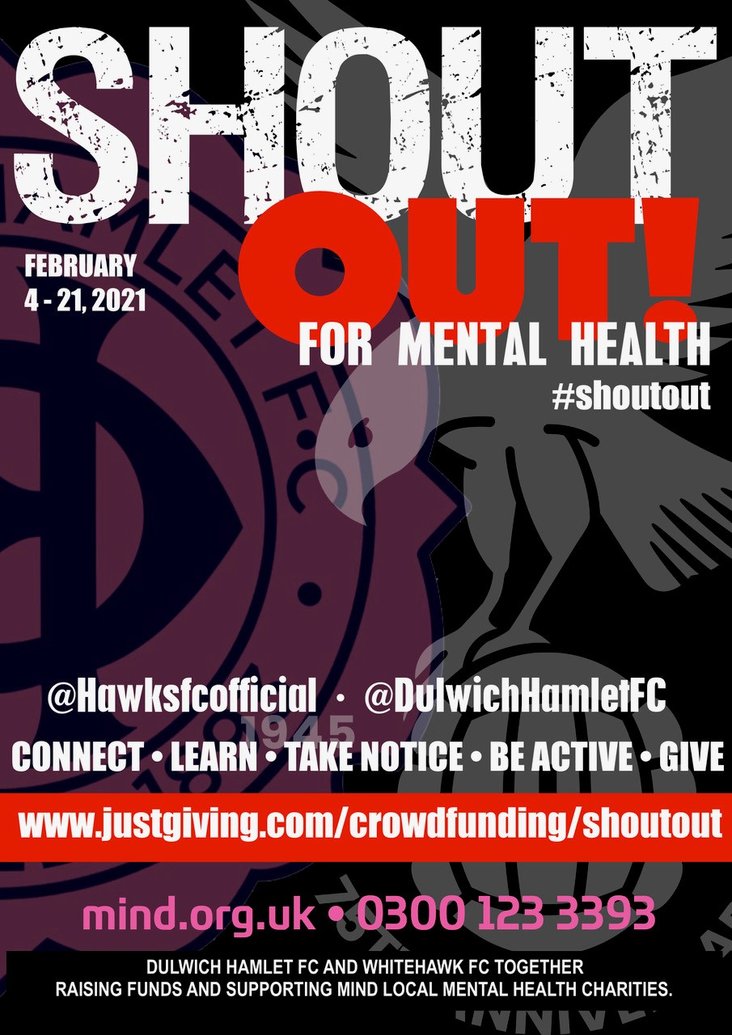 Hawks and Hamlet Shout Out

Launching on ‘Time To Talk’ Day on Thursday, February 4, and using the hashtag #shoutout, 'SHOUT OUT FOR MENTAL HEALTH’ is a campaign to raise funds via a JustGiving page, as well as encouraging anyone currently feeling anxious and alone in the current climate, to talk to someone; to call a friend, work colleague or family member, and to reassure them that they are not alone.

The campaign includes a TV show, Whitehawk’s own TV show on local channel Latest TV, a ‘Virtual’ match, played out on Twitter between the two sides, a radio request show on local London station K2K, a fans quiz night, and an ‘Evening with’ zoom event featuring Danny Mills and some very special guests.

Mental Health issues, particularly amongst young men, have risen sharply since the pandemic began. New research commissioned by Mind in partnership with the English Football League compares new polling data from YouGov with the same survey from 2009. The survey reveals that while some progress has been made, young men especially, feel worried or low, more regularly than ten years ago and are consequently twice as likely to feel suicidal.

Danny said, “Being in football for a number of years I have seen the effects football has on players mental health. The anxiety of not knowing whether you’re going to start a game, waiting to know if you’re going to make the bench. The fear of making mistakes during a game. This campaign has been inspired by seeing these struggles and I want to help raise awareness for those who may not realise it’s happening."

He added, “This has been such a hard year for everyone, and people’s mental health has taken a knock in one way or another. People have lost jobs, been furloughed and lost loved ones. This
campaign is to let them know help is out there and they are not alone. It’s here to let people know that they should check in with their friends and family to make sure they’re okay and if
they’re not then help is here.

There is nothing wrong with not being okay. We’re all in this together. We all need to talk. Shout out for mental health is a campaign where Dulwich Hamlet and Whitehawk Football Clubs join
forces in a unique and pioneering partnership to raise awareness for mental health.”

“These are tough times for everyone, with people kept apart from their friends. This is the case at our football clubs, where the usual Saturdays have not been happening for nearly a year now. This initiative highlights the fact that mental health is just as important as physical health, although it can often get overlooked.”

My First XI: Cray Wanderers, Jerry Dowlen  After more than sixty years supporting the Wands, Jerry gives us a side shaded in sepia- and then apologises for it!