Hawks start with a big game 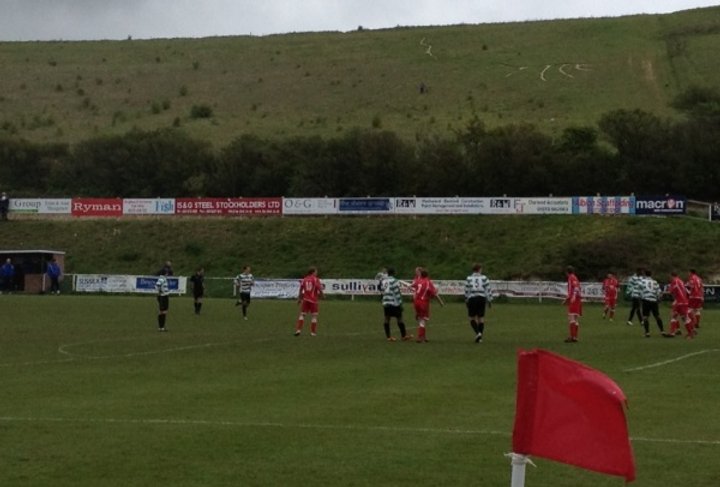 The well-funded and ambitious Sussex club will be keen to make an immediate impact at this level, while the Trawlerboys, who boast the division’s highest gates, will be desperate to win the title outright after two successive defeats in the play-off final.

Margate are being tipped by many as potential champions, not least because they have signed striker and lucky mascot Carl Rook who has assisted three Ryman Premier sides to promotion in the last three seasons. They start with a home game against Hendon, who were in the play-off mix for most of last season but fell three points short.

Another fancied side are Canvey Island, not least because they have Steve Tilson at the helm. Not many sides at this level have ever boasted the services of a boss with a track record of success in the Football League. The former Canvey player has assembled a strong squad for their opening-day visit to Wingate & Finchley, who will probably be happy to repeat the mid-table finish of their Premier debut season.

Talking of former Football League managers, relegated Thurrock have former Gillingham and Barnet boss Mark Stimson in the dug-out as they bid to reclaim their Conference South place. Stimson is best known for his success down the road at Grays, where he led the team to two FA Trophy victories and the Conference Premier play-offs. It looks like a rebuilding season at Ship Lane. Stimson’s first test is a visit to Harrow Borough, who have survived a number of brushes with relegation in recent years and will be hoping for mid-table security at the very least.

We mustn’t forget Wealdstone. Despite the distraction of a run to the FA Trophy semi-finals, they reached last season’s play-offs. More and more happily settled in their Grosvenor Vale home after many years of wandering, they look formidable, especially as Golden Boot holder Richard Jolly will doubtless be keen to repeat in what he says will be his final season. Metropolitan Police, with a number of handy new signings, visit them on Saturday.

Bury Town were the other disappointed play-off club last season and will no doubt be among the leaders again. Carshalton Athletic are their first visitors. The Robins had one of the division’s strongest squads on paper last time around but could finish only 16th and owner-manager Paul Dipre will expect a great deal better.

Leiston, having won Ryman North at the first attempt, get their first taste of Premier football with a home game against Cray Wanderers. A 4-2 win at last season’s champions, Billericay Town, was an encouraging friendly result for Leiston on Saturday and they are likely to make it a three-pronged Suffolk assault in the upper reaches of the table. Cray, 152 years old, had a creditable campaign last time around but their main focus will be on gaining planning permission for their new ground.

Like Leiston and Whitehawk, Enfield Town will be making their Premier debut on Saturday. They may have a realistic view of their prospects after their fixture at Lewes, who were only two points short of the play-offs in April.

Concord Rangers will not want to be upstaged by their Canvey neighbours. They start with a home game against promoted Bognor Regis Town, who will perhaps be uncomfortably aware that the last two Ryman South play-off winners went straight back down again. But, whatever their fate, they will play good football.

East Thurrock United and their visitors, Kingstonian, finished together in mid-table last season, an outcome that was much more satisfactory for Rocks (who also reached the first round of the FA Cup and the League Cup final) than it was for K’s, who had reached the play-off final 12 months earlier.

Finally, the other relegated side, Hampton & Richmond Borough, return to Ryman football for the first time since 2007 with a home game against Hastings United, another club who found it hard going last season.