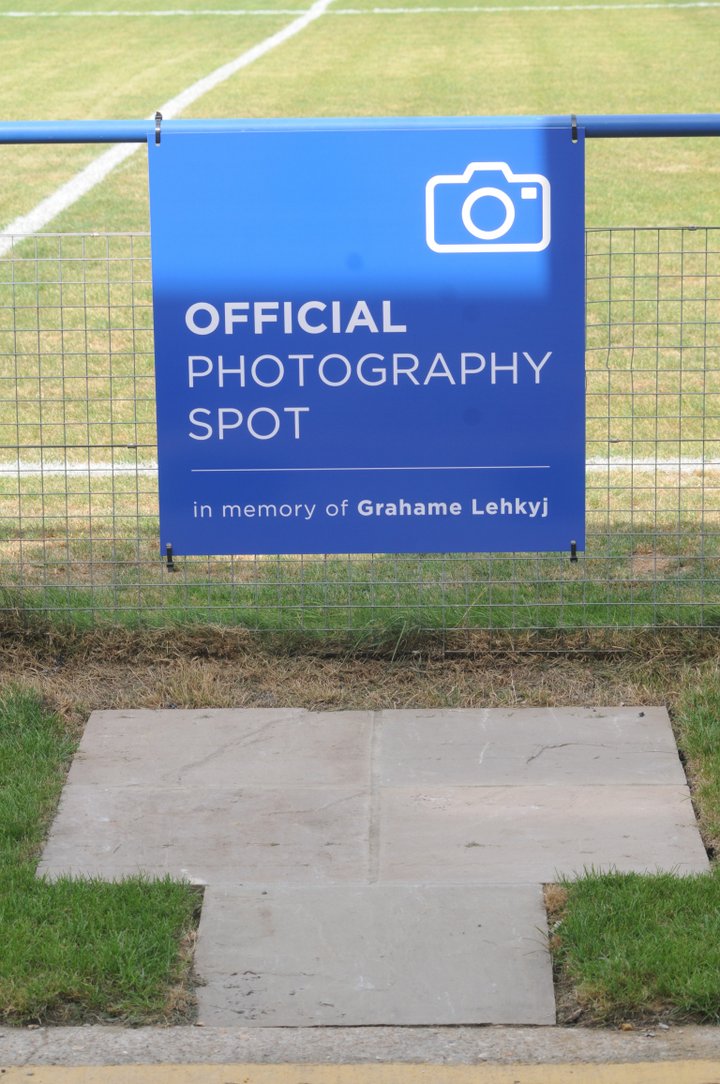 Last month Haywards Heath Town lost one of its own, with the passing of photographer Grahame Lehkyj. Yesterday the club paid tribute to Grahame in a special section of their matchday programme- which you can read here- and by the installation of a permanent 'Photography Spot' in the place where he took many of his most memorable images.

Amongst the tributes featured in the programme was one from Ian Townsend, who looks after the Pitching In Isthmian League's news and social media:

“Grahame documented the greatest period of success in the history of Haywards Heath Town. If you’ve seen an image featuring celebrations of title wins, cup wins, and players in blue and white, it undoubtedly came from his lens. Yet it isn’t as a photographer that I will remember him; it’s as a warm, funny, approachable, generous and genuine human being, who just happened to be good at pointing a camera. The world doesn’t have enough people like Grahame, and we are all much poorer for now having one less. Much love to Barbara and family, and to all at the club, from myself and all at the Isthmian League”.