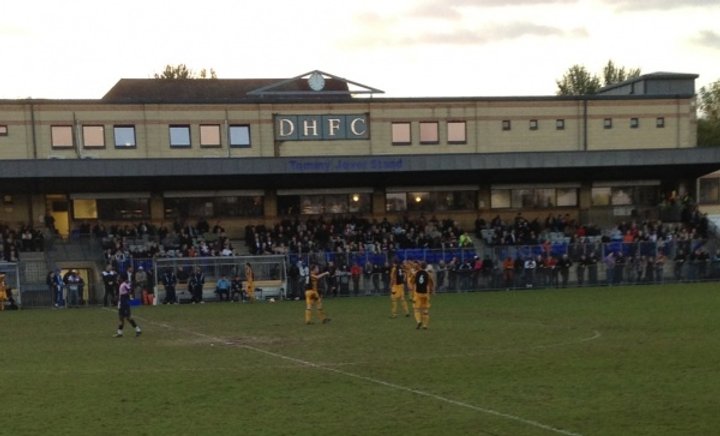 A party of 30 is traveling over the Channel in a link-up that began in 2005 when the Belgian club's coach Nicolas Lucas was ‘guesting’ for Anderlecht fans in a supporters' tournament in Liege in which Dulwich fans were also taking part.

Such a bond subsequently developed between the city of Namur and everyone at Champion Hill that a 15-strong party of Namurites travelled throughhte Channel Tunnel to watch Dulwich's game at Folkestone Invicta last season.

Now Lucas is fulfilling a dream by bringing a Belgian side over to take on a Hamlet side. He said: "It is a huge honour for us to come across to England and play at Dulwich. We are grateful to [Dulwich manager] Gavin Rose for agreeing to put out a side to play us.

"It is a personal dream come true for me; and for most of our team, being a small Belgian club, this will probably be their only chance to play football in England”.

Hamlet Chairman Jack Payne quipped: “We were regular visitors over the Channel on foreign tours in the 1920s, a bit before my time, just! It’s wonderful to be able return the favour and host a Belgian side in the 21st century.”

The match kicks off at 2pm and admission is £5. A programme will be issued.