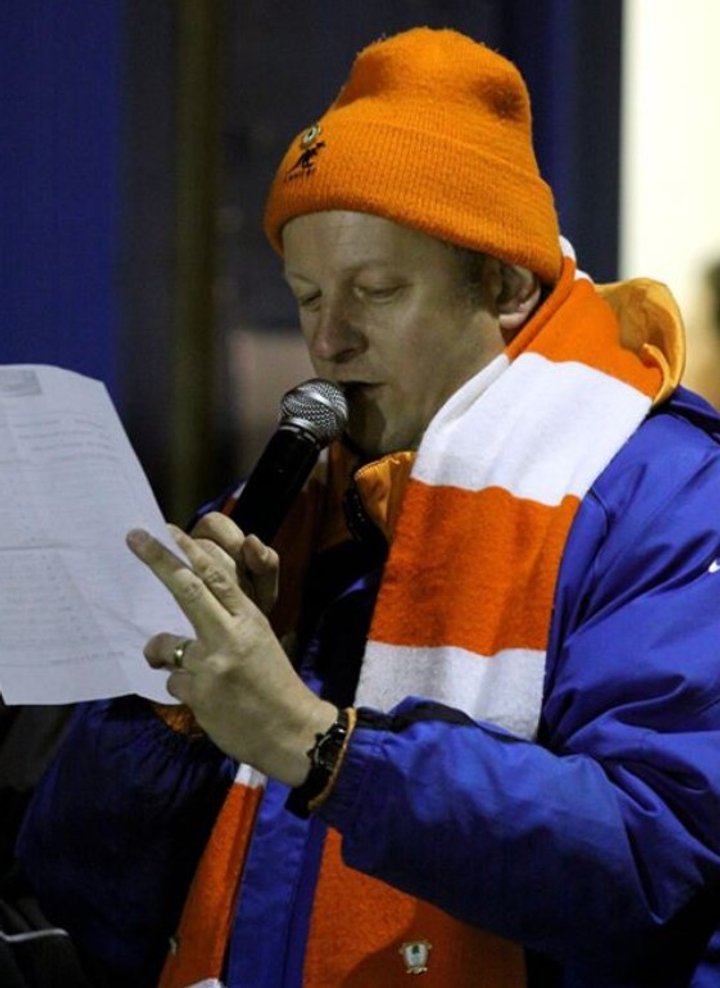 Eddie Hutchinson gives us a tour of Ashford Town. And brings vinegar for your chips!

A strange mixture of numbness, apathy and raring to go. I don’t miss football in the summer as I like to recharge my batteries, I don’t do friendlies as I prefer competitive football, my lockdown routine has completely thrown me as has the late season start, and the way the professional game’s gone has blunted my enthusiasm, but I’m what I call an ‘end of term school bell’ type. As soon as the fixtures are published and the season’s about to start, I’ll be hyper and looking forward to getting on the terraces to watch and yell at the lads, natter with my mates and discuss matters, not always seriously, with the committee.

I’ll try to attend as many home games as usual, and I like to fit groundhops in most games when we’re away as I just like visiting new places, but I expect I’ll turn up at grounds in the foreseeable future a bit nearer kick-off time than previously, with a mask / visor, gloves and hand gel - my wife will make sure I don’t forget anything. We’ve been very cautious, disinfecting or vinegaring all post and food item wrapping since lockdown started, so I might be told to take a bottle of Sarson’s with me on my trips! I wouldn’t be surprised if my wife sent me off with a homemade packed lunch as an extra precautionary measure!

Beating South Park 3-0 at home in early February. We didn't win a League game until the last Saturday in October and, after months of struggle, where the lads who’d remained never gave up in fairness, that performance was where we turned the corner and stopped looking like we’d be in danger of relegation. We went from staring down the hole to a mid-table points tally for our last eight matches which hauled us away.

Apart from the pandemic and its consequences (a big shout out here to everyone at the club for putting all the procedures in place in these difficult times), on the pitch it was a game I missed while groundhopping as I’d been there before! A 6-0 FA Cup defeat to Sutton Athletic of the Southern Counties East first division, two divisions below us, was arguably the most embarrassing result in the club’s history.

At this level we’re either a good bet for comfy mid-table or sometimes a relegation dogfight. Club legend Russell Canderton stepped down as manager and we snapped up Luke Tuffs from Knaphill, who could have got promoted to our division but for the null and void situation. He could be a potential rising star, and our friendly results have improved dramatically this season so I’m cautiously optimistic. We don’t have the budget or squad size of a lot of clubs in this division, so I don’t know if we’ll quite knock on promotion’s door, but I reckon we’ll finish about seventh or eighth.

I always like visiting our neighbours Staines Town. The Swans should be our rivals but they’ve been very good to us in the past, for example, allowing us to play midweek county cup ties there before we had floodlights, plus their fans are a good-natured crowd with a similar humour and outlook to us. As for other games, I’m not fussed – it’s a chance to get out of the house, hopefully watch some good football and blow some steam!

So many grounds have changed beyond recognition over the years. Back in the day, Westfield used to have a park pitch with chunks of telegraph poles holding the rope perimeter fence up and, thanks to their council, the ground’s been completely transformed. For some reason, I quite like the set-up and location at Northwood. My memory isn’t what it is, but one of my favourite Ashford jaunts was an FA Cup tie away to Shortwood United. Accessible up a hill via the sort of single track David Attenborough’s used to, United have a lovely ground and, ironically, given their close neighbours are Forest Green Rovers, Shortwood sold the biggest, meatiest burgers known to mankind!

We’re still a relatively young club, and rivalries seem to change depending on who’s in our division as a result. Apart from Staines Town, who I see more as friendly acquaintances for reasons given, Egham Town were rivals for a short while, and I suppose Bedfont Sports are seen as such now, but in a different way, as their manager Paul Johnson was a midfield wizard in Ashford colours and he’s always good for a laugh and a jokey comment.

When driving into Short Lane from the A30, don’t turn left into the first sports ground. That’s the local cricket and hockey club. Our ground’s a quarter of a mile further down, on the right and through an avenue of trees. We may be relatively small as a club, but we have a big heart and a ready sense of humour. You could have written several sitcoms from what’s been said on the terraces. Oh, and that loud bloke in tangerine and white standing near the halfway line has a bark worse than his bite!

Very, very difficult. Our proudest export is midfielder Dannie Bulman, signed by Wycombe Wanderers (his sale helped the club build its first seated stand) and still playing League football for Crawley Town nearly 25 years later. Apart from Russell and Paul mentioned earlier, trusty long-serving keeper Paul Burgess deserves a mention. Maybe the player who’s epitomised the club best is Andy Smith, our record goalscorer. A stocky, barrel-chested centre forward who gave as good as he got and gave it everything.

11. Who will be in the top five at the end of the season?
Bracknell Town, Westfield, Ware, Hanwell Town, Tooting & Mitcham Utd

 One Hundred and Seventy Four Days Later Football finally returned- and the FA Cup served up a cracker courtesy of Lancing and Phoenix Sports. We saw six goals- and then twenty one penalties.