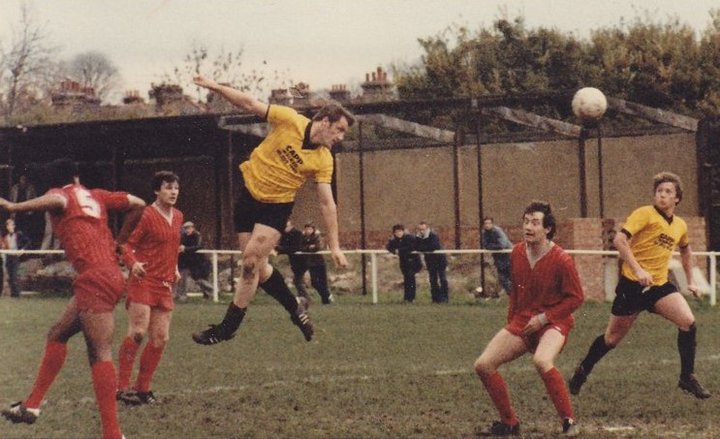 We're staying in the Premier Division, and heading to Cray Wanderers, where Darren Attew- a Wands exile in Wales- gives us his thoughts.

We’re staying at the top end of last season’s Premier Division table, and heading to Bromley, where Cray Wanderers remain whilst their new stadium at Flamingo Park takes shape. Darren Attew is our guide to those magic Wands.

Excited to see non-league football back and hoping that fans will be allowed in. Surely if people are allowed in restautants, shops and gyms, then 200 fans are able to watch football in a 5000 capacity stadium (answers provided prior to last week’s announcement).

Living in Wales, I don't get to see Cray in action much at all unfortunately. In terms of watching football, especially non-league in Wales, I don’t think I'll see much difference at Pontardawe Town or Ammanford Town (where Lee Trundle still bangs in the goals!).

I think it was the 2-1 win at Worthing, plus the win at Enfield after conceding 5 at home to them earlier in the season. The improvement as the season went on and the growing confidence of the teams ability will stand us in good stead next season.

Conceding 7 at Bognor was a shock, especially as I was seeing the goals go in via Football Web Pages, with my phone pinging regularly! The other downside was the early end of the season when we were flying and the ridiculous decision not to end the season on a PPG basis. I thought that was an awful decision by the league, disrespectful to the clubs, as if their results didn't matter.

I understand that Tony Russell has managed to keep hold on the majority of the squad and most importantly the boys wanted to stay. We have the best striker in the league (Joe Taylor) who wanted to stay at the club which tells you a lot. Cray, with a new ground on the horizon, are building something which players want to be a part of. Add one or two more to the team and I see another top 4 finish. No pressure lads!

Any if I'm honest. I need to get to a few home matches. My nearest away match is probably Bognor, so I was lucky that I missed this year's match. We are due another FA Cup run which hopefully culminates in a match in or close to Wales. They keep promising me this, so fingers crossed! Merthyr away will be fine!

I love the Dripping Pan at Lewes, great ground.

Back in the day, it was Crockenhill- but that was years ago in the Kent League days. Don't think there is anyone in this league to be honest, although I hear that Worthing away got a bit tasty after the final whistle when we beat them!

Enjoy your day before and after the match (but not during the 90!) Cray is a great club, well run, with a great bunch of friendly supporters.

You'll enjoy it even more at our new Flamingo Park ground in a few years.

I love a goalscorer so it has to be Phil Williams from the Kent League days. An absolute goal machine, who terrorised many a defence. Of the current crop, it has to Joe Taylor who has the chance to write his name into Cray legend status in years to come.

Phil is pictured above- image from Darren.

 Saints Alive! Another trio- no, quartet, we missed one- arrive at Chalfont

Isthmian Supporters Predictions 2020-21: Horsham  It's time for a trip to the Camping World Community Stadium, home to a large community of Hornets. Darryl Jacobs is one of those in yellow and green.