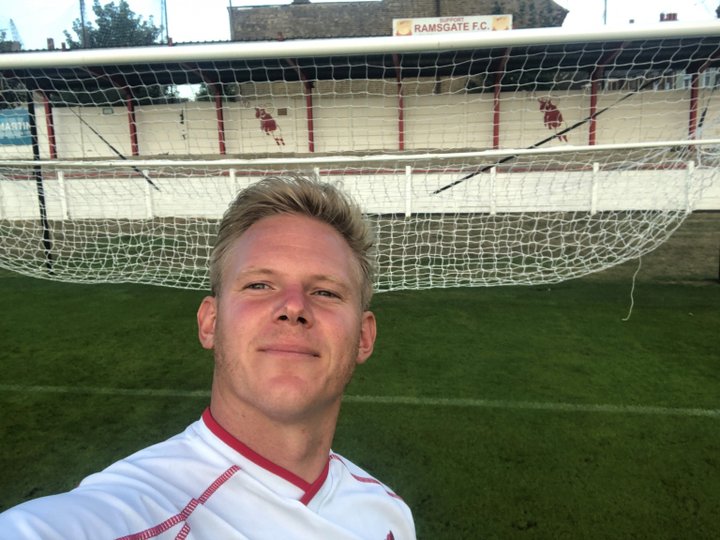 Our latest set of predictions come from Ramsgate, where Robert Butler introduces you to the world's largest cut-price boozer and can't even bear to type the name of the other club that ends in gate.

We’re going South East on this occasion- indeed we’re going about as far South East as you can get without falling in the sea, as we’re off to Ramsgate. Robert Butler is your guide, and will undoubtedly stoke up a few local rivalries with his responses!

It can’t come soon enough. Clubs need to be able to have paying fans in again and players need to start earning money. Its barbaric the amount of things we can do while not being allowed to watch our beloved teams.

Clubs will need our support more than ever and I will certainly continue to follow home and away as soon as we are allowed. I may even have an extra pint on matchday, or round of Jägerbombs (other unpleasant tasting alcoholic beverages are available), to stick another couple of quid in the club’s coffers!

Having started the season as many people’s promotion picks we had an extremely poor season. We luckily received Matt Longhurst as a Christmas present and if he had not taken the reigns there was a strong possibility of us finishing bottom.
The only highlight was our win away at East Grinstead in late January. It was a real relegation six pointer against a side who hadn’t won a match all season. Trailing 2-1 with ten minutes to go we equalised before an injury time goal from Ashley Miller gave us all three points. It felt like a cup final win!

How long have you got?

Longhurst comes across as an exceptional manager and a born winner. He has devoted more time than is imaginable to the club over the last six months, putting his stamp on the whole club from U6s to the first team and will demand his recruits share that passion. We may not have the largest budget but our professionalism will not be beaten, if we get the rub of the green and stay injury free it will take a very good side to finish above us.

All of them! The hiatus has left us seriously thirsty for football, I would even take a trip to Ma***te!
Our jolly to Guernsey was due to be the weekend the league was suspended, so hopefully we get the trip to the Channel Islands early, always a fans favourite. Herne Bay have made some interesting signings, so we could have two important derbies with them too if we both play to potential.

Whitstable’s Belmont isn’t too bad with both ends covered. Its proximity to the pubs in town and station to is a bonus!

Tough one. Ma***te and Maidstone are in higher leagues, for this season. It would probably be Whitstable as they have about 13 players that didn’t make it at Ramsgate on their books, and our ex manager. No real hatred from our end though. They just want to be us.

Get the train down early. We’ve got the biggest Wetherspoons in the country/continent/world/universe (other cut-price boozers are available), which seems to be on every fans bucket list, and many independent offerings too. Be sure to hang around in the clubhouse post match. Always plenty of us in there for a non league chat!

Warren Schulz. Local lad who has given 20 years service and is now our U23s manager. A proper 6’4” nonleague midfielder that bossed matches from start to finish.

As captain, Wazza won us back-to-back promotions, The Isthmian League Cup as well as guiding us to the FA Cup First Round for only the second time in our long history! A real hero, you wont find anyone with a bad word against him.

 The Three Tanners Huckle, Dawkins and Bennett all sign on for Leatherhead

A quartet of Oysterboys  Four in for Whitstable Town