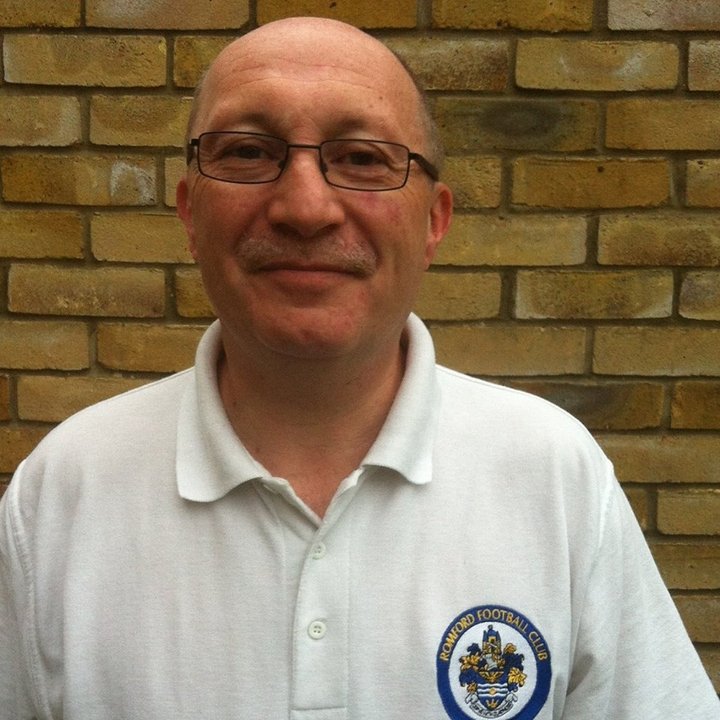 Mike Woods has been watching Romford for many years, so certainly isn't there for the glory! But perhaps he might get some this season?

It’s time for a trip to Romford, who this season will be sharing with Barking, as they continue their Essex groundhopping. Hopefully they’ll soon have a home of their own, eh, Glenn? Mike Woods is our guide.

Mixed feelings really. I’ve missed going to football less than I expected, especially since social media has taken up the slack. I certainly haven’t missed watching Romford struggle at the foot of the table, and fretting about results. Chatting with fellow supporters online has made up for not seeing any games, although I’ve missed meeting up with people. There’s also an inevitable feeling that the precautions we’ll have to take to be able to go to games again will take the shine off things.

Yes, I think that my matchday routine will change, as it will for many supporters, and in some cases we won’t have choice in that. Certainly I anticipate spending less time in clubhouses, particularly as I expect many clubs to have to put measures in place that will limit the number of people who can use indoor areas. It’s quite possible that I’ll give a few of the longer distance away games a miss this season, and we have to be prepared for limits on the number of people that can attend games anyway. We’ve all had to adjust how we do things in general, and how we watch football is just something else that will different, and may change again as the winter months approach if the government has to introduce new regulations to meet altered circumstances.

One game stands out head and shoulders above all the others, and that was the 3-1 win at Maldon & Tiptree in late February. We were finally putting a good run together, and had won three on the trot, but a visit to the league leaders was a very stiff test, and I expect that many people thought that a Maldon win was a foregone conclusion. We went 1-0 down quite early on, but equalised with a header by Ejiro Okosieme, then Mekhi McLeod scored a stunning second and we grabbed a third through Archie Tamplin before the end. I think a few people sat up and took notice after that result.

Conceding six at Basildon, Aveley, and at home to Grays were pretty bad, but probably the worst moment was the 4-2 defeat at home to Witham Town. This was the sort of game we needed to be winning to get off the bottom of the table, but that defeat left us nine points adrift and we weren’t looking capable of making up the gap.

That’s an even harder question than usual. Last season, when Glenn Tamplin became involved, there was an expectation among some people that we’d charge up the table and even challenge for the play-offs. That didn’t materialise, proving as ever that Isthmian North is a very competitive and strong division; I expect it to be much the same this season. How we fare depends very much on the squad that the manager has assembled, and at present the composition of that squad hasn’t been announced, so it’s difficult to judge. What with everything that has happened in the last six months, I’d settle for the season being completed without mishaps, with us in the top 8 or 10.

Honestly, there’s no game I’m looking forward to more than any other, it will just be nice to be able to go to a game and see people I’ve not seen since March.

Difficult to say. The way in which a lot of people looked at Romford seemed to change last season, and what with the competitiveness of the division, I’m sure that everyone in the division can be considered an equal rival.

We’ve moved yet again, so make sure you go to the right ground! Our time at Brentwood was rather short, and we’re at Barking this season. Going to any ground this season will be a slightly different experience, so I’d recommend checking our website to see what procedures are in place so that you can enjoy your visit.

Players come and players go – more than 80 last season alone – so it’s difficult to choose, but Danny Cossington, who played for Boro from 2015 to 2019 and was twice voted Player of the Year would have to be near the top of any list of favourites for his consistently outstanding performances and 100% commitment to the cause.

11. Who will be in the top five at the end of the season?
Aveley, Canvey Island, Coggeshall Town, Bury Town, Heybridge Swifts