It's a big day if you're in Amber or Stripes 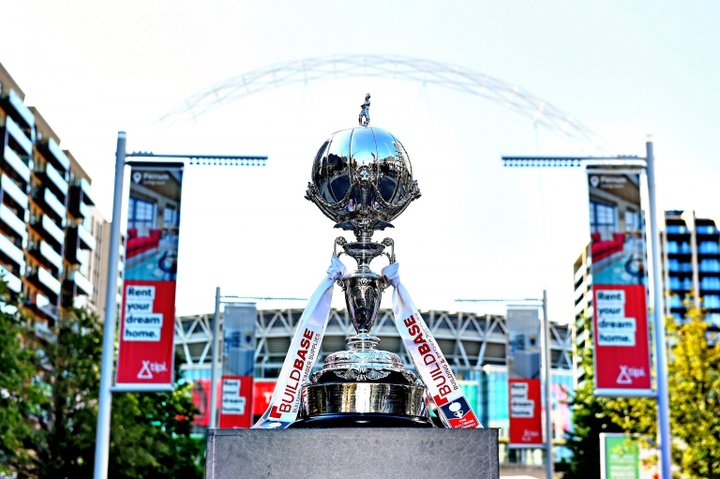 Cheshunt and Folkestone Invicta compete in the Fourth Round of the FA Trophy today. Watch the Ambers live, and Invicta from your armchair.

It's a big day for Pitching In Isthmian Premier sides Cheshunt and Folkestone Invicta, as they compete against National League sides in the FA Trophy.

We start with Cheshunt- because they kick off first- and if you'd like to head to St Albans you can watch them take on St Albans City at Clarence Park, with the match getting underway at the traditional 3PM.

This is the furthest the Ambers have ever progressed in the competition, and given they've already removed one National League South side from the competition- Chelmsford City- away from home, you wouldn't bet against them doing it again. St Albans are eighth in National League South, and have defeated Oxford City and Braintree Town- the latter on penalties after a goalless draw- to get this far.

Read more details about how to make the trip by heading here.

Invicta's squad are travelling to 'moneybags' (a soubriquet applied to any club who attract wealthy backers) Wrexham- but they are going on their own, as due to covid restrictions the Racecourse Ground will be a fan-free zone. Neil Cugley's men have defeated Hendon, Faversham Town, Hartley Wintney and Uxbridge to reach this stage, and have been in superb form in League and Cups, with only one defeat in their last nine matches.

You can watch Invicta from the comfort of your own home after you've attended whichever match you have lined up this afternoon, as the match is bring broadcast by the Welsh club and kicks off at 5.30PM. You can buy your match pass here (you will have to register for an account first) here, and it will cost you a tenner, but Invicta are getting a fair share of that.

The very best of luck to both of our sides. You've already done us proud, but we suspect you may well do us prouder still!

 O'Mara signs on permanently at Pilot Field Hastings United sign Invicta star- and this time he doesn't get to go back!