It's Better Down Below- Jonathan Andrews, Canvey Island 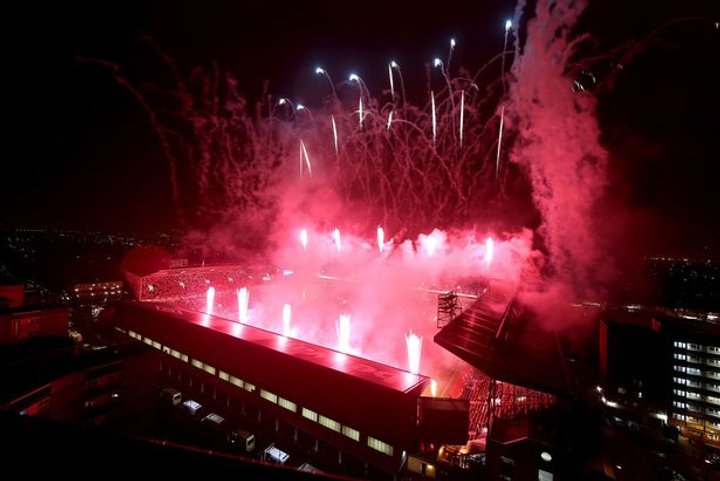 To commemorate the announcement of a European Super League, we thought we'd re-run a series from a few years ago about why Non League is best. Here's Jonathan's story.

Almost four years ago we ran a series of articles featuring fans of Isthmian League clubs who had given up on their former professional loves to follow our game. Following yesterday's Super League announcement, we thought we'd run it again, all this week. Here's Jonathan's story.

Whether he was able to hear the sound of the Bow Bells has not been recorded, but Jonathan Andrews grew up in the east end of London. As such it isn’t really a surprise that he became a dyed-in-the-wool supporter of West Ham United. These days, however, whilst retaining his long held affection for the Boleyn boys, he’s far more likely to be found gazing out to sea as Canvey Island try to get themselves back into the Bostik Premier. We asked him how that happened, whilst reminiscing about the defensive qualities of Matthew Upson.

“My whole family had been West Ham supporters their entire lives, and I grew up around a twenty five minute walk from Upton Park. All of my friends were West Ham fans, and I went to my first match on Boxing Day 2000, with my grandad. It was a good start, we won 5-0- quite unlike the West Ham I came to know! Frank Lampard, Trevor Sinclair and Freddie Kanoute scored the goals. I continued to watch them from then onwards, and had a season ticket from the age of fourteen before financial constraints got in the way. But even when I couldn’t afford a season ticket I’d watch the team whenever I could. I haven’t given up entirely- even now I live in Canvey Island I still go occasionally, although generally I watch Canvey these days.”

Asked about what changed his routine, it seems that the twin evils of money and distance were the catalysts which reduced his Hammers habit initially. “You’ve all the cost of public transport, and the ticket prices are so expensive. A match day would cost a fortune. These days, too, tickets can be hard to come by.“ 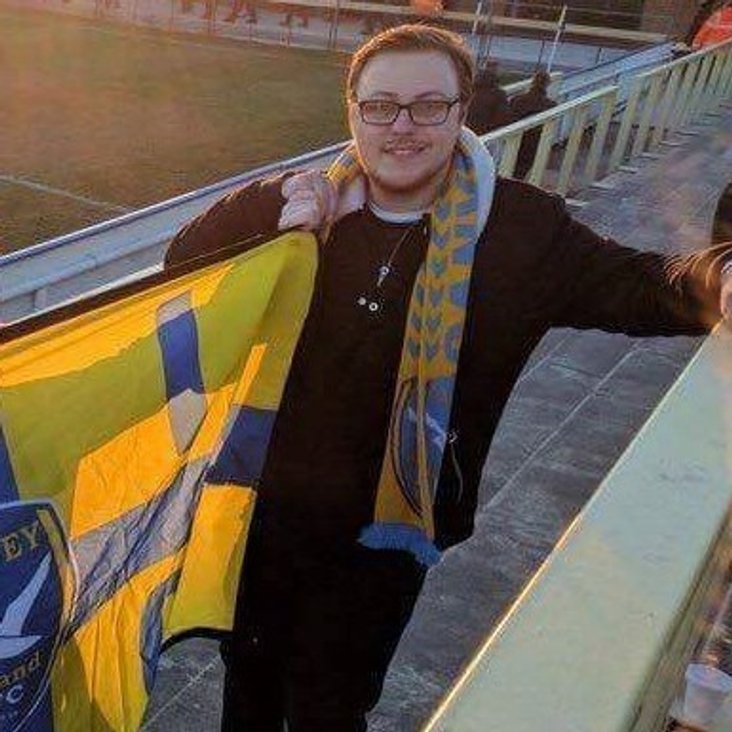 Jonathan didn’t follow the Hammers during a period when they were winning honours; indeed two play-off victories and an FA Cup Final defeat were the sum total of their endeavours during his lifetime, along with- of course- an Intertoto Cup victory the season before his first match. So he was hardly a glory hunter. Indeed, it wasn’t even hopes of glory that got him hooked, instead it was something that all football supporters can appreciate. “I just loved the atmosphere, the sense of community. Upton Park was unlike any other stadium I’ve ever known. Everyone was so friendly, it was like having thirty thousand family members. Even if we had nothing else in common our love of West Ham gave us a connection, and it was special. That more than anything was what kept me coming back. You could probably write an entire article on the divided opinions we have about the new stadium; Upton Park was our church of football, it was always going to be difficult to replicate that. It’s opened some doors for the club, but closed a great many more- a matchday doesn’t have that personal feel anymore. The old ground gave you a self of belonging, the new stadium is vast and impersonal. I had my season ticket on the Chicken Run- the new stadium has nothing like that.”

Talking to him about his memories of West Ham, that teenage boy on the Chicken Run is never far below the surface. There is an emotion barely hidden when he mentions his favourite ever match there, and the day after the final ever match at the old ground.

“My favourite ever game was a match with Manchester United, just after Christmas 2007. They had Rooney and Ronaldo, and we had Matthew Upson and Lucas Neill. More players were injured than available. We came into the match with no optimism whatsoever, and in the first half United went ahead and Ronaldo celebrated right in front of us. You can imagine that we told him what we thought of that! But in the second half, even though we’d lost even more players to injury, we turned the game on its head. Ronaldo missed a penalty, Anton Ferdinand equalised and then Upson got forward to score the winner with eight minutes to go. We were just ecstatic! But then contrast that with the last game we played at the stadium- or, indeed, the day after the last game. The game itself was once more against Manchester United, and we beat them 3-2, which was fantastic, but waking up the next day and thinking that we’d never get to go back there was devastating. The end of an era, and the end of something in our lives we might never recapture.”

By the time of the last game, however, trips to Upton Park had become the exception rather than the norm. Jonathan had a new love to go alongside his own love- his now home town club of Canvey Island. “I’d seen matches advertised quite a lot. There were small billboards all around the town, mentions on social media, and one day a friend of mine came down from London and suggested we go. The match was against Harlow Town, and we went along and I remember it as being completely different from my usual Premier League experiences. The people were really nice, and I decided to go back. Before long I’d made a collection of new friends- people on the Island who I’d never known before- and I soon became part of a tight-knit football community. Another difference was that we could mix with the players and the management, have a drink with them in the bar, share views and ideas- imagine doing that in the Premier League? It was so different from what I was used to, in a very good way. Now I’m part of a group who are really committed to watching the team, and it’s given me the opportunity to go to places I never would have dreamed I’d go. It’s been so much fun. I go home and away, it’s become an essential part of my life.”

It was time for the acid test- time to paint that scenario which was bound to cause debate and division. The Third Round of the FA Cup, and Canvey Island draw West Ham. Would Jonathan be in blue, or blue with added claret?

“There are a couple of members of our group who used to watch West Ham religiously, so we’ve had that debate. If push came to shove we’d support Canvey. For West Ham the FA Cup Third Round would be the norm, for Canvey it would be massive. The Hammers wouldn’t need us, Canvey would. I’d be backing the team that has adopted me, taken me in and treated me as one of their own.
Canvey are really important to me. I’ve brought a number of friends to matches here who had the impression that, somehow, the standard would be awful, but I’ve explained that the experience is great for anyone who is a lover of the game. The football is usually worth watching, and you feel like you’re presence means something to the team. When you’re one of twenty thousand people in the ground nobody notices that you’re there- when you’re one of two hundred you can actually see the impact you have when you get behind the side. We try to make as much noise as possible, and the players appreciate that- indeed, they tell us so.”

Jonathan has an obvious passion for the game. His love for both West Ham and The Islanders comes through, but surely as a football fan your first love is your all-time love? Could he ever see himself going back to being a regular at the London Stadium? This question was followed by a brief silence, and you could sense a man struggling with his footballing soul.

“I don’t think I could, actually. I’ll always go and watch them now and again, and keep up with them on the TV, but watching Canvey has rejuvenated my love for the game. It’s opened up new doors for me, and I’ve learned so much about the non-league game- I now go and watch other non-league matches when Canvey aren’t playing, I suppose I’m a groundhopper! It would be really hard for me to go back, and I can’t imagine that I would.”

After many years of blowing bubbles it seems that Jonathan is now happier watching the ships sail past the end of the Essex world. Perhaps, in a football universe where the cost of Neymar’s left leg would outweigh the entire contribution that the Premier League makes to the grassroots game, he may be one of the first of many.