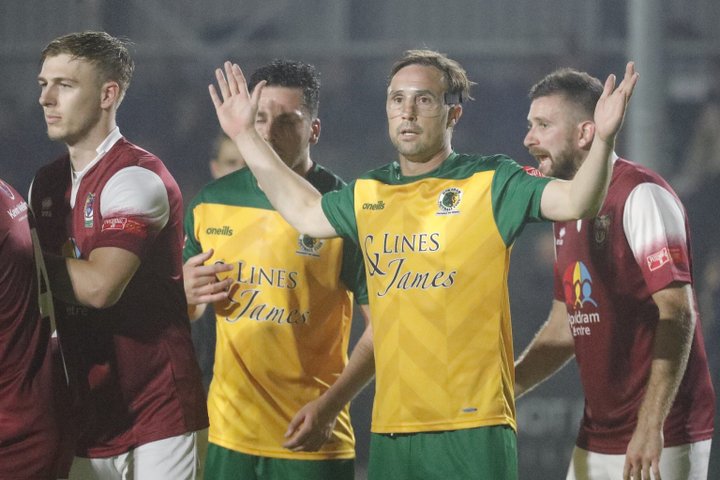 Horsham host Brightlingsea Regent this afternoon in a match which will be about far more than just three points, as Hornets legend Gary Charman calls time on a stellar career.

Gary made his senior debut with the club back in 1998, and our image below comes from a later date, the FA Cup draw with Swansea City back in November 2007. He is currently on his fourth spell with the club- imagine how many appearances he'd be on if he'd never left- having rejoined for the 2019-20 campaign. As well as Bognor Regis Town, for whom he is also a hero, he has also played for Eastbourne Borough, Lewes and Walton & Hersham.

Gary became the club's record appearance holder earlier this season, and has now played six hundred and fifteen times in that yellow shirt, scoring one hundred and sixty nine goals. During his career he has played in every position, including goalkeeper! 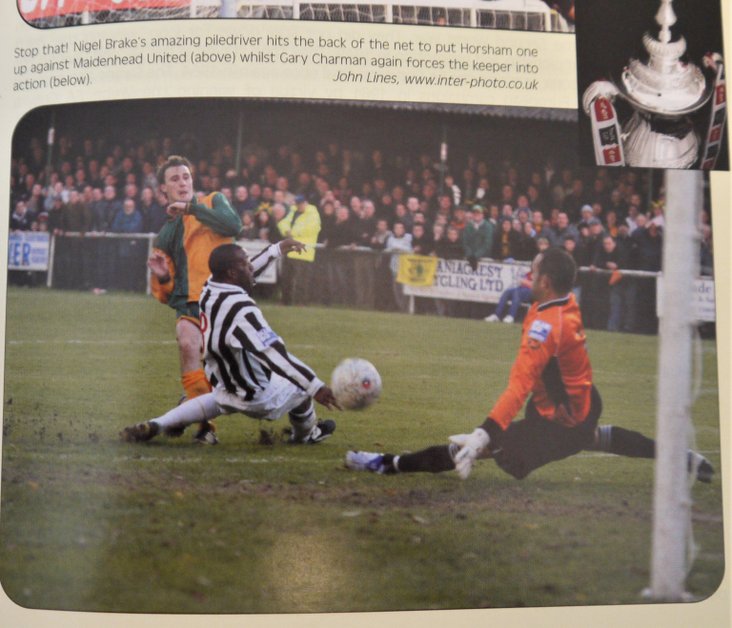 We'd like to send our very best wishes to a proper Isthmian hero. Have a fabulous afternoon, and thanks for some truly wonderful memories, both in the yellow of Horsham and the Green and White of Bognor.

 Can the Millers halt the Hastings charge? We've a collection of critical matches in the Pitching In Isthmian South East today. Here's our preview.