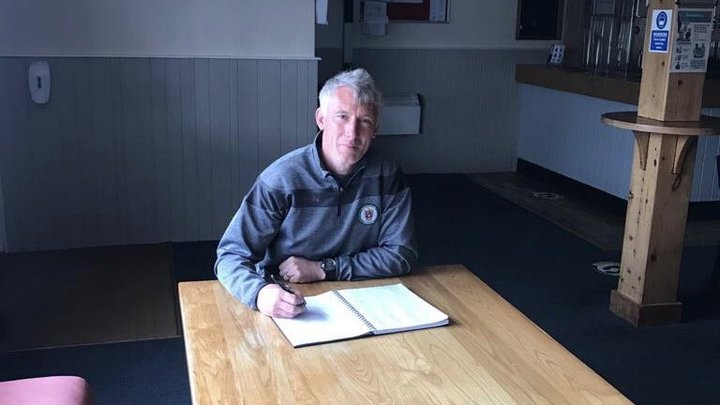 Burgess Hill Town have announced the signing of manager Jay Lovett for one more season- although we do hope that what he's pictured signing isn't his contract, as if so it appears to be at least fifty pages long!

Lovett joined the club from South Park in November 2019 and, of course, hasn't managed a full season yet through no fault of his own. As a player, he was a stalwart of Sussex football, turning out for Crawley Town, Lewes, Eastbourne Borough, Whitehawk, Horsham and the Hillians- and of course he also played much higher up the pyramid with Brentford, Plymouth Argyle and Hereford United.

“I am delighted that Jay is committing to the club. He has the full support of the board and we look forward to working with him and his management team again next season.”