Kaiser at the Bar 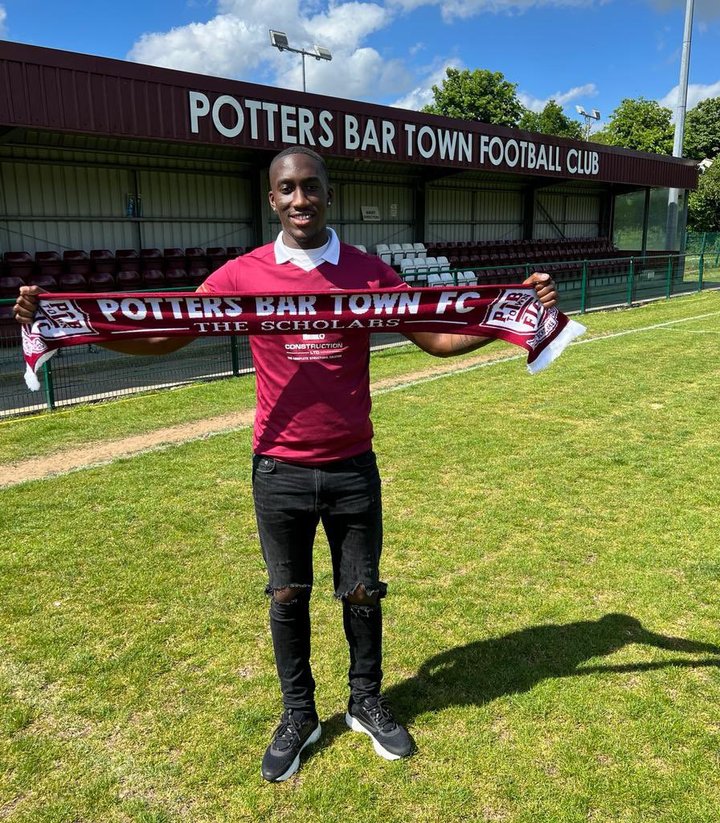 Cray Wanderers centre-back Ethan Kaiser will be remaining in the Pitching In Isthmian Premier next season, but changing the colour of his shirt, as he moves around the M25 to join the Sammy Moore revolution at Potters Bar Town.

Ethan joined the Wands from Bedfont Sports in December last year, and made sixteen appearances- scoring three times- as his side escaped the drop by the skin of their teeth at the end of the campaign. He made another twenty three appearances for Sports, an enormous part of their success as they reached the final Qualifying Round of the FA Cup, where they were defeated by Kidderminster Harriers. They'd already defeated Dulwich Hamlet and Sholing to reach that stage.

He came through the Academy at Carshalton Athletic, left there to sign for Queens Park Rangers, and has also played at Tonbridge Angels and Tooting & Mitcham United, as well as spending time on trial at Doncaster Rovers.

he is pictured courtesy of the Scholars.