K's bring in a defender- and a former Rocks manager 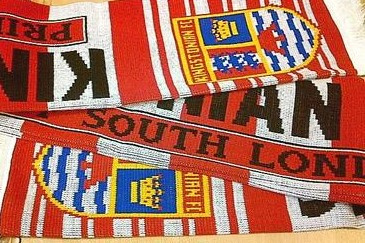 Kingstonian have announced the addition of a centre back- and have added to their coaching team, too.

The centre back moves from Hanworth Villa, Declan Skura- a Middlesex Under 18 player- climbing up from the Combined Counties Premier Division. According to the K's he previously played Academy football at Chelsea and Reading, and according to a Villa programme from last year he was being watched by Leeds United- perhaps over the training ground fence with a pair of binoculars!

The new addition to the coaching team is former Bognor Regis Town player and manager Jamie Howell, who was in charge of the Rocks during their run to the FA Trophy Semi-Finals a few years ago, and their promotion to the National League in 2016-17. He later went on to manage Eastbourne Borough.