K's see victory snatched away, whilst Swifts continue to climb 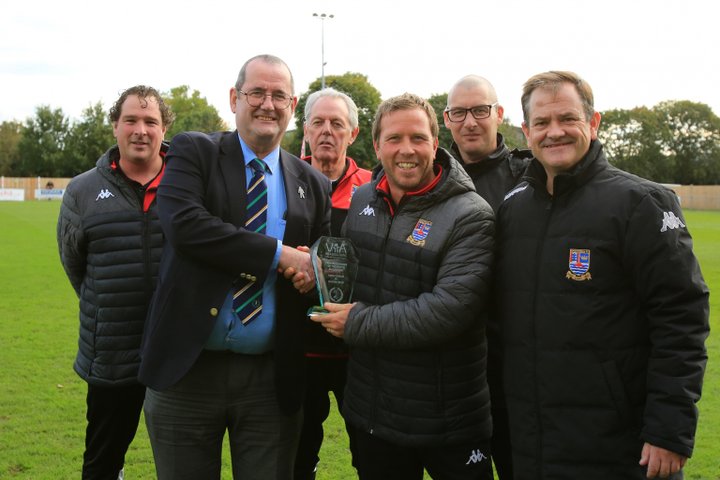 We had matches in the Pitching In Isthmian Premier and North Divisions yesterday. Here's what happened.

For eighty minutes yesterday it seemed as if Kingstonian were about to return to the top of the Pitching In Isthmian Premier Division. Kershaney Samuels got his first goal of the season in the fourteenth minute against Cheshunt, and the K's held on to that advantage until deep into added time- four minutes into added time, in fact- when Taylor McKenzie's brave header earned the Ambers a point.

The K's remain third, a point off the top and behind second place Worthing on goal difference, whilst Cheshunt move up to eleventh.

Before the match, Pitching In Isthmian League Chairman Nick Robinson presented August's Vita Risk Solutions Manager of the Month Award to K's boss Hayden Bird and his management team- August saw them record a one hundred percent record in the league. Image courtesy of Simon Roe. 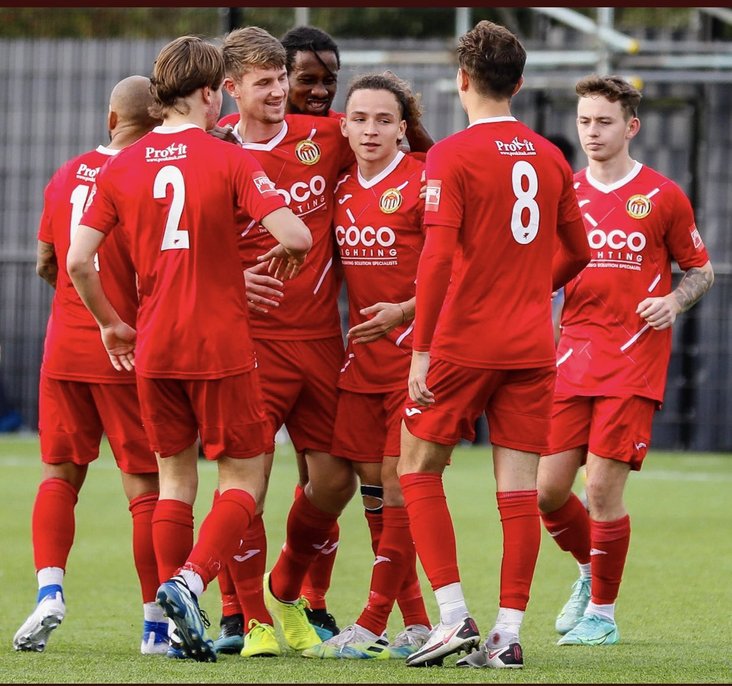 In the Pitching In North Division Hashtag United entertained Heybridge Swifts. The hosts had won their last two matches and begun to climb the table, whilst the visitors had also moved on from a shaky start to the campaign with three wins out of four in all competitions. Jack Adlington-Pile opened the scoring for Swifts seven minutes before the break, and six minutes after the restart Darius Ghinea doubled their advantage.

A missed penalty for Hashtag followed, Kris Newby the unlucky taker. Eleven minutes from time Harry Haysom set up a grand finale by pulling a goal back for the hosts, but the full time whistle arrived before any equaliser could materialise and the day ended with both sides on ten points.

 Get with the e-programme: 16 October 2021 To entertain, educate and annoy, here are our electronic programmes from the weekend

Imps, U's and...nearly Scotland!  Fabulous Cup draws for Bowers, Sudbury and Horsham- whilst Invicta and Casuals have replays to get through in midweek