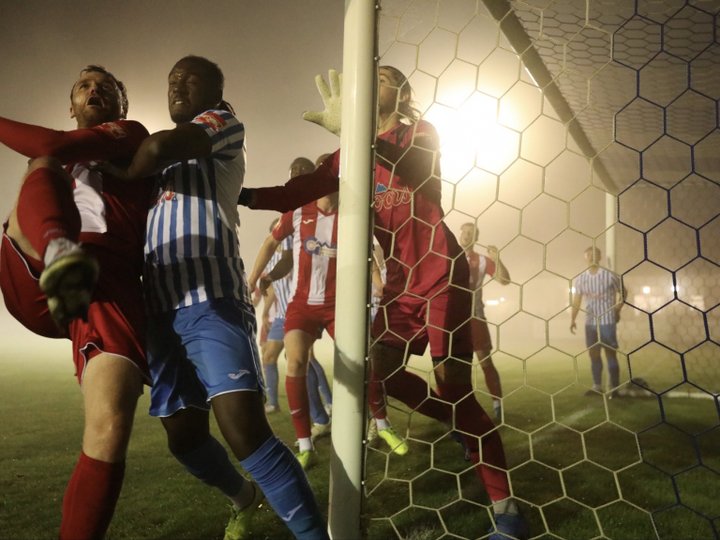 Our admiration for our photographers goes up another notch when we remember that they can still create beauty in the dark! Here, in no particular order- which we promise isn't a ploy to make you read all of it- is some of their work from yesterday, with a link to the rest.

We're going to start in the Premier Division, at Summers Lane, where Wingate & Finchley ended Kingstonian's one hundred percent record and left those in red and white feeling rather blue. Paul Donegan took a few shots at the beautiful Maurice Rebak Stadium- and the rest are here.

Into the South East Division, and Brownie Sports Photography managed video and still photography at the same time, because he is some kind of a camera juggling expert. Here is an atmospheric shot from the match between East Grinstead Town and Cray Valley PM, with video to follow. See more here. 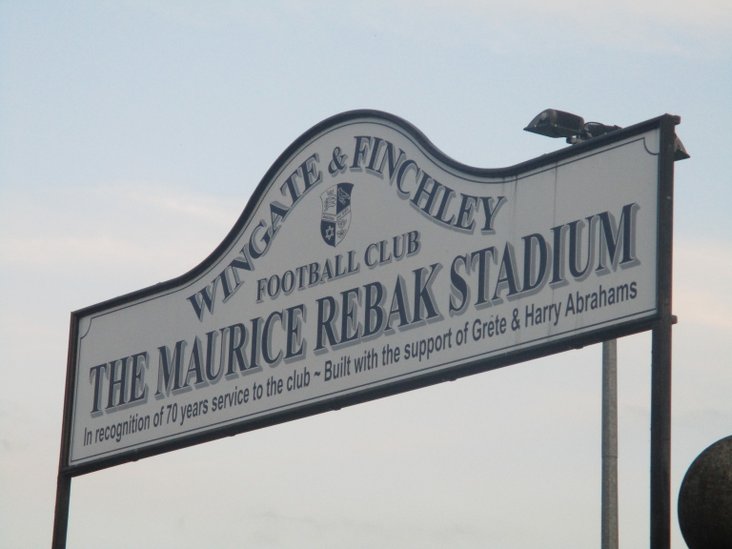 Premier again, and Worthing looked back to their best when defeating Leatherhead at Fetcham Grove. We suspect the photographs are by Marcus Hoare, if not please let us know! Whoever took them, see them here.

Again in the South East, Chichester City put six past Whitehawk. We don't know who took the photographs, but you can find them here. And Kyle Hemsley watched Lancing fall to a narrow defeat against Haywards Heath Town, images will appear here soon.

Into the North Division for the first time, and Neil Dady was watching Bury Town v Coggeshall Town, a match which ended level after the Seed Growers got a late equaliser. All of his shots are here. North again, and Alan Edmonds watched Heybridge Swifts take on Stowmarket Town. Sadly, apart from one goal Swifts had only Alan's fabulous photos to celebrate. See more here.

Premier once more, and Horsham's draw with Bognor Regis Town was chronicled by Martin Denyer- albeit with a little Bognor bias! See more here. Up the A22 and left a bit, Corinthian-Casuals were walloping Cray Wanderers four-nil, and images come from Andy Nunn. 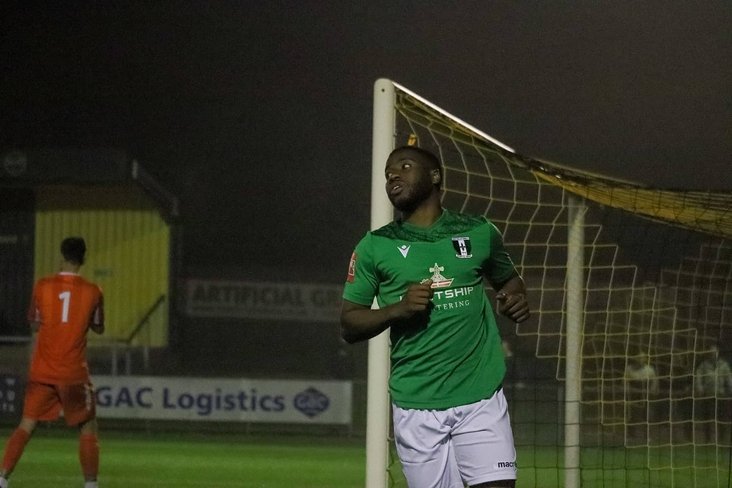 FA Cup via the North Division, and Barking keeper James Shaw celebrates after his penalty save sent his side through after a tense shootout at Aveley. Image from Lambpix.

Ashford United added their images to Twitter as the night progressed in their South East victory over Herne Bay, and you can head here for more, whilst Hastings United snapper Scott White took some foggy photos at Burgess Hill Town as his side won, and you can see them- almost- here!

Get in touch if we've missed any! 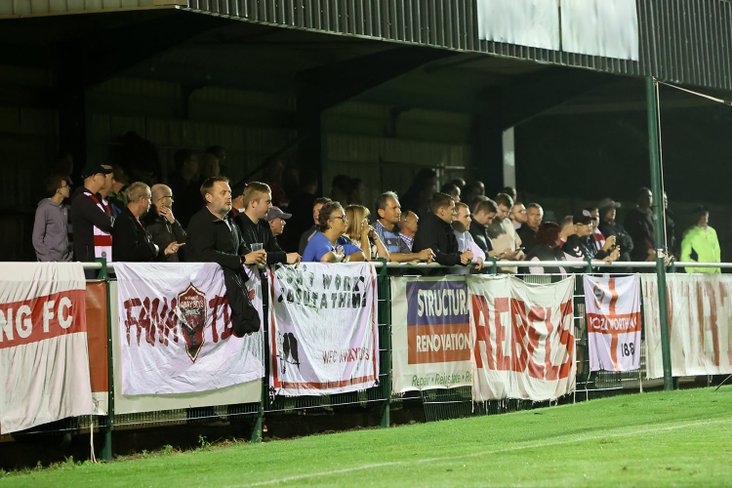 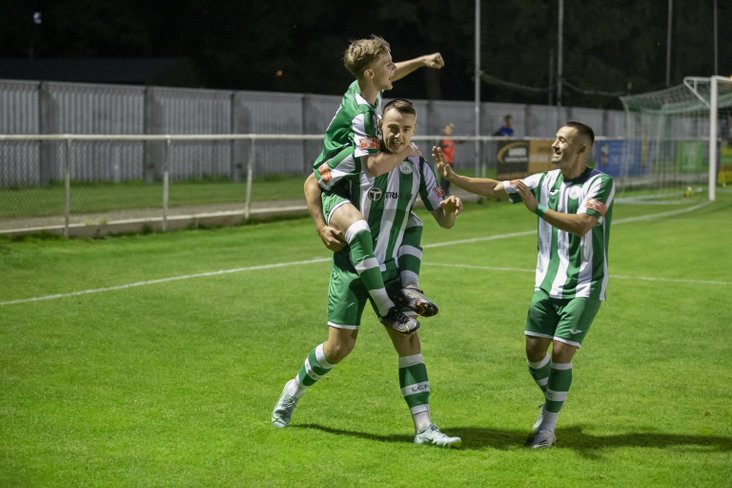 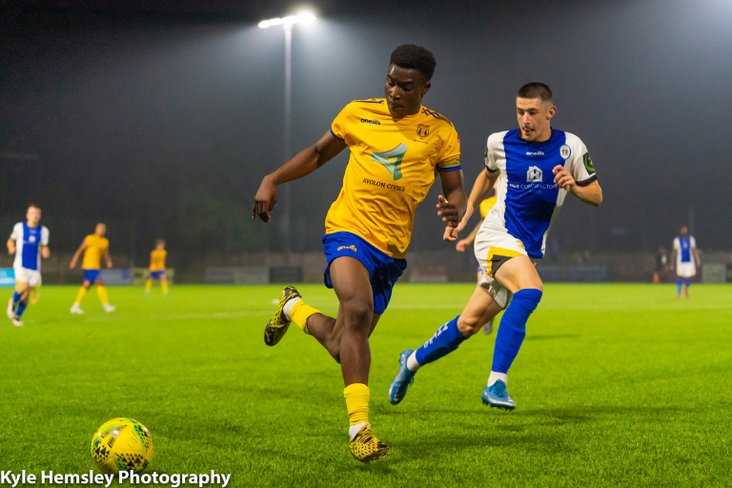 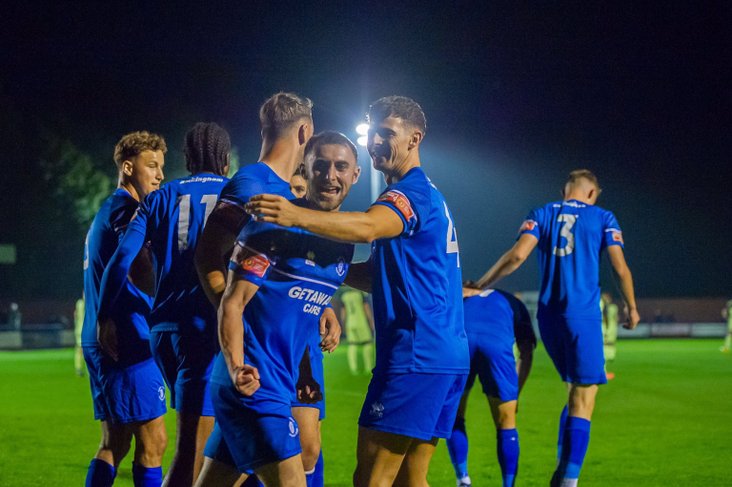 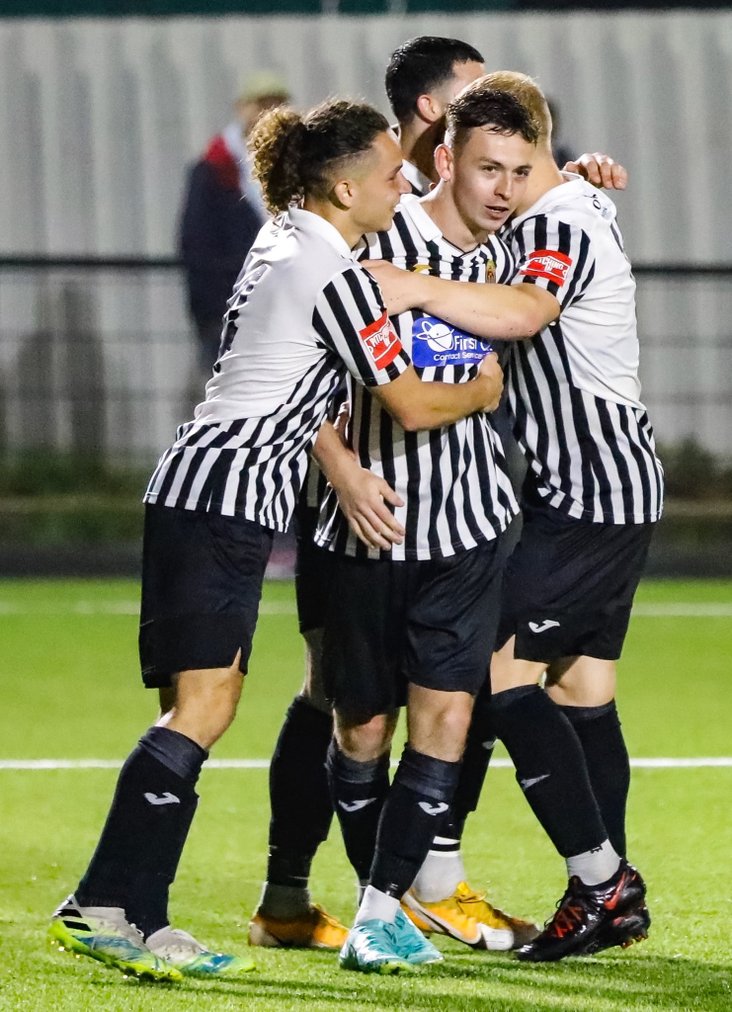 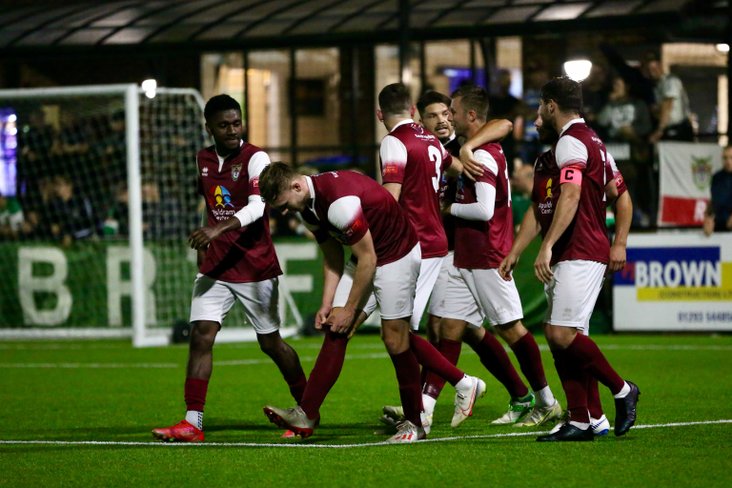 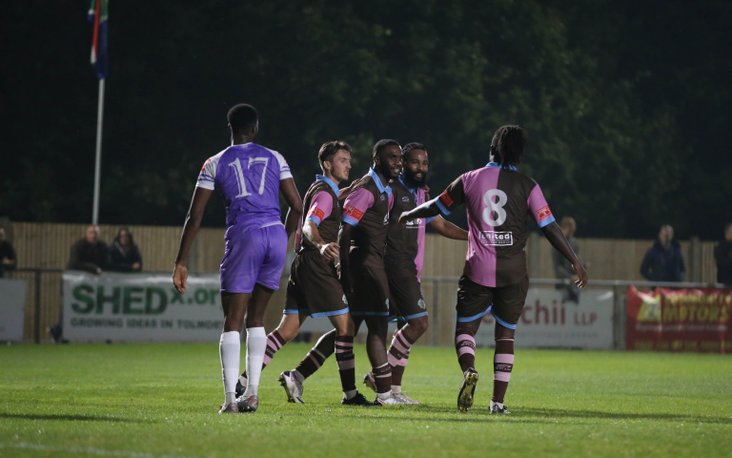 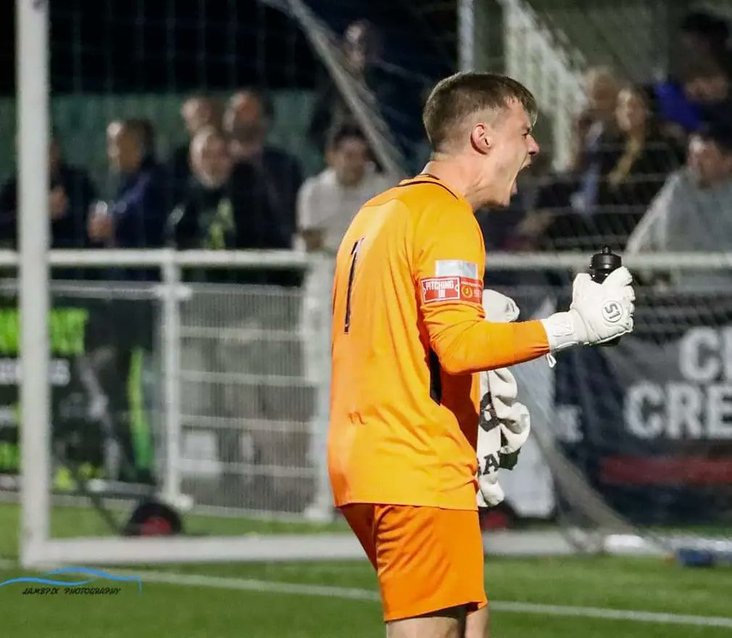 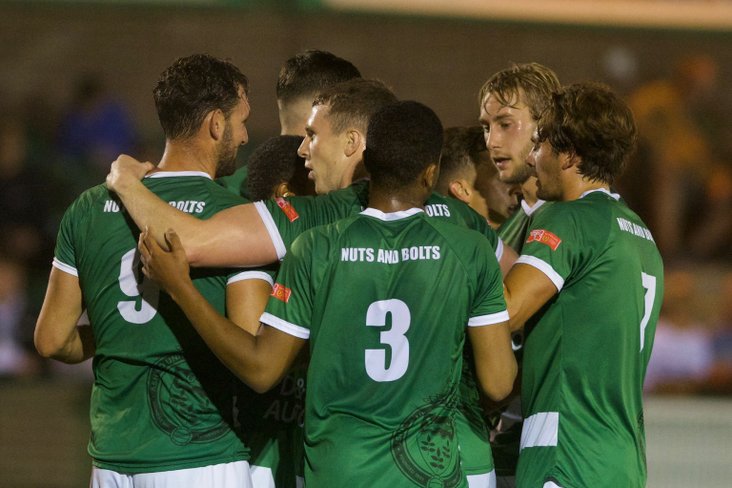 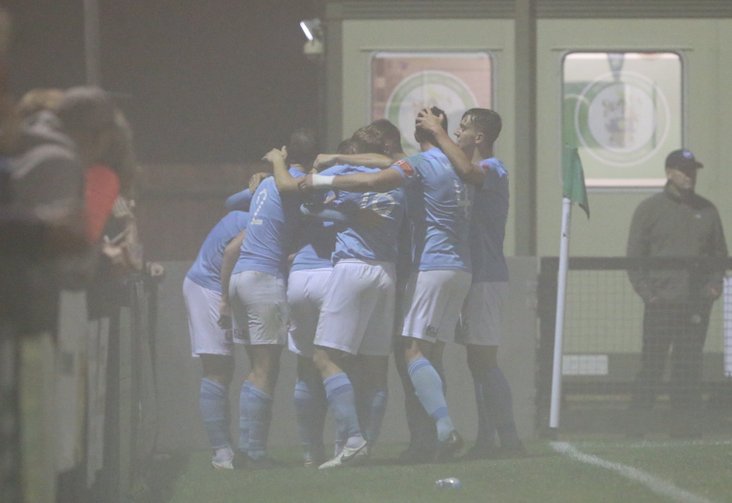 Wingate give K's the Blues, Casuals and Stortford get four- but Chichester and Chertsey do better, with six!  We had goals galore last night- including an eight goal thriller at East Grinstead Town- as unbeaten records disappeared and late goals spoiled or started a number of parties. It's our round up.