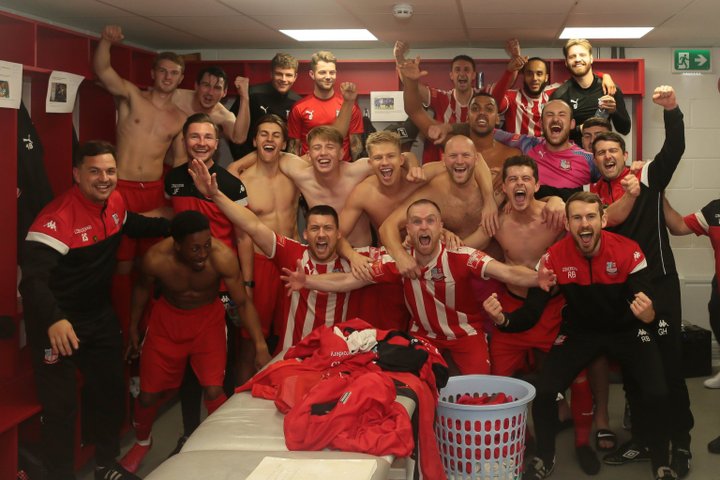 Our photographers brought their A-game yesterday. Here is some of the very best of their work, and links to where you can find the rest of it.

Every Sunday we guide you to some of the best work produced by our photographers on matchday- and yesterday they had even more joy than usual to capture! In no particular order, here we go!

We're going to start at the Len Salmon, where Bowers & Pitsea did what no Bowers & Pitsea side had ever done before, in qualifying for the First Round of the FA Cup. Nashy Photo, as always, was pointing a long lens (and occasionally a short one), and if you head here you'll find lots of fabulous pics like the one above, which sums up the emotion of the occasion rather marvelously.

Not too far away at AFC Sudbury our yellows were doing what no other club- even from two steps higher- had managed this season, defeating Dartford to progress. There's some real raw emotion in this image from the club- we suspect taken by Steve Screech- and you can find more here. Clive Pearson was also pointing his camera, and you can find his images here. 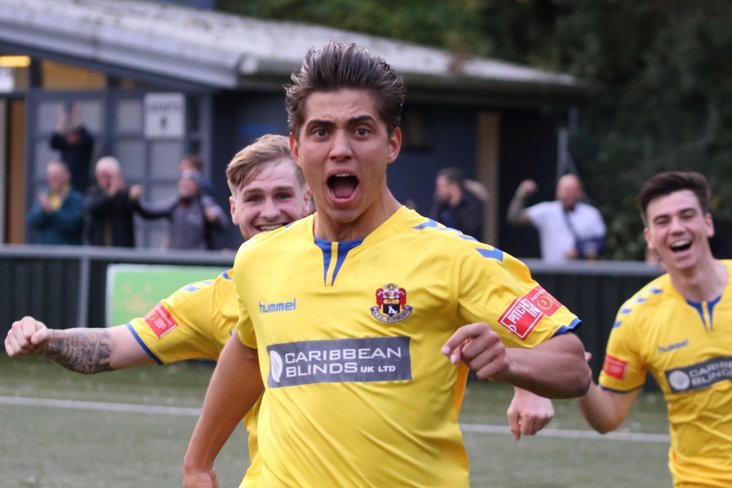 Horsham filled their Camping World Community Stadium to capacity for the visit of Woking, and delighted most of those present with a late winner. John Lines photographs can be found here.

Corinthian-Casuals came so close to victory over St Albans City, but a last-gasp equaliser means they'll need to head to Clarence Park and do it all again in midweek. Stuart Tree will be there, taking more magnificent shots. Folkestone Invicta also saw the last kick of the game deny them victory at Eastleigh, but will be looking to shoot down Spitfires over Kent in midweek. This image, of Invicta fans at half time, comes from the club Twitter feed.

We were blessed with two photographers as Northwood fell to defeat in a five goal thriller against Sutton Common Rovers. Len Kerswill took a shot of the visitors opener- see more here- whilst Gary Brigden snapped for the visitors, and featured Tyrell Butler's winner.

Andy Dovey was at Chipstead with Guernsey, and we can't feature any of his images as they are all marked but can be seen here. Stuart Fuller was there, too, and you can see images and read all about it here.

Neil Dady was, as always, watching Bury Town- and they defeated Maldon & Tiptree away from home.

Right, we think that's your lot- but please let us know if we missed any! Remember, we've two matches today and an FA Cup First Round draw to look forward to! 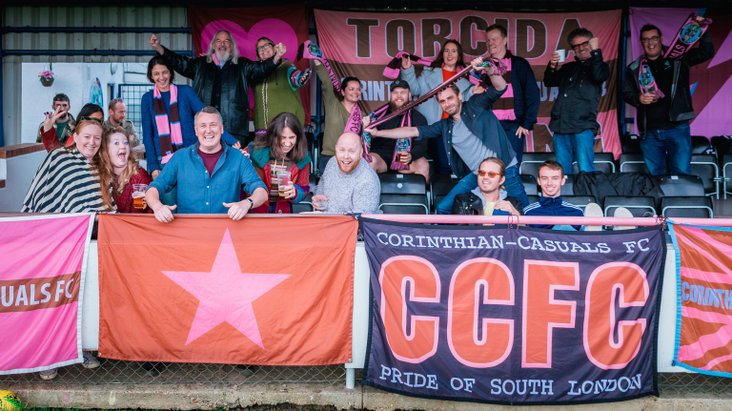 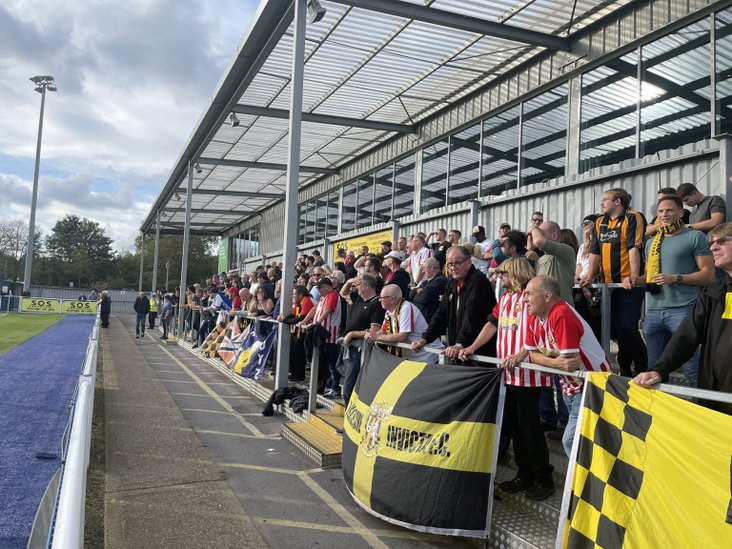 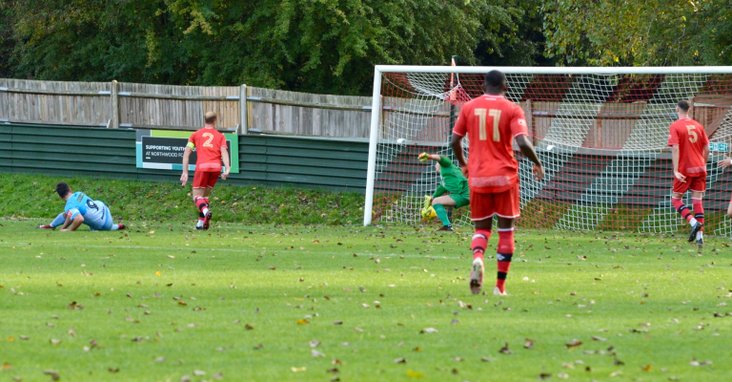 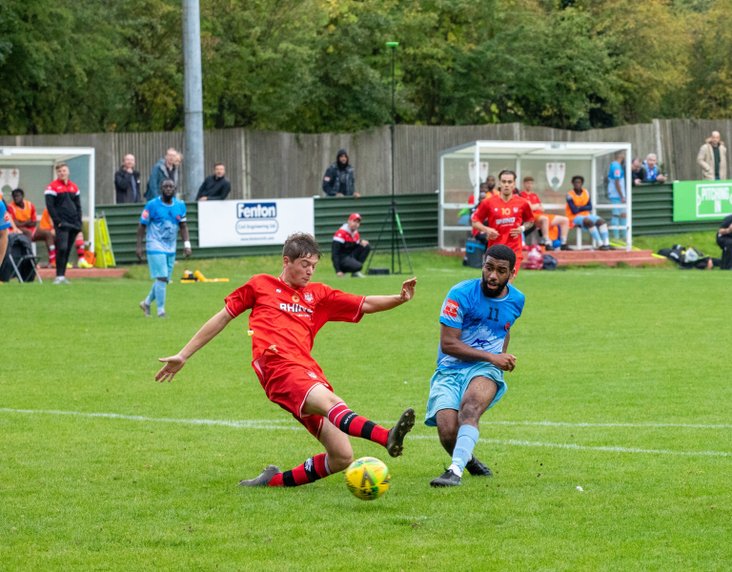 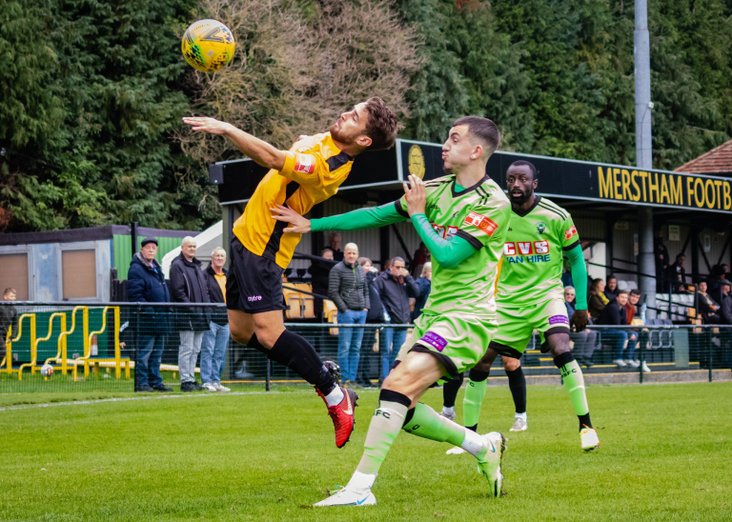 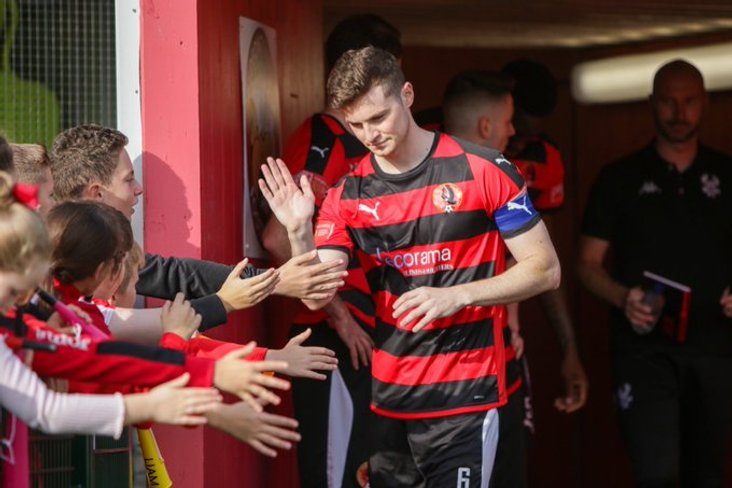 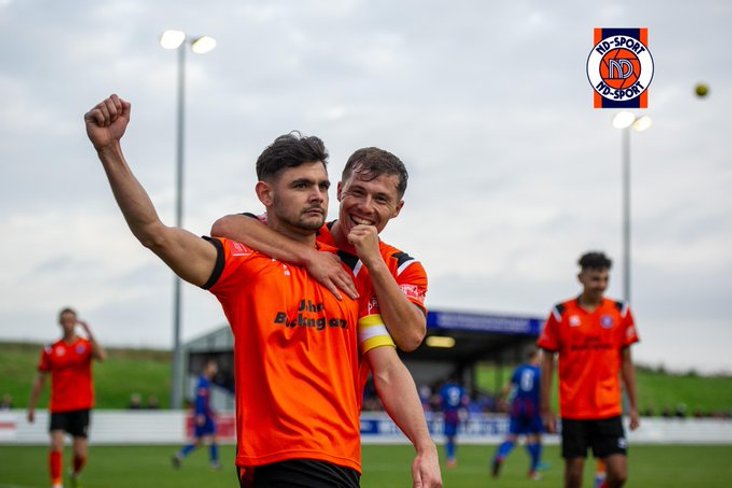 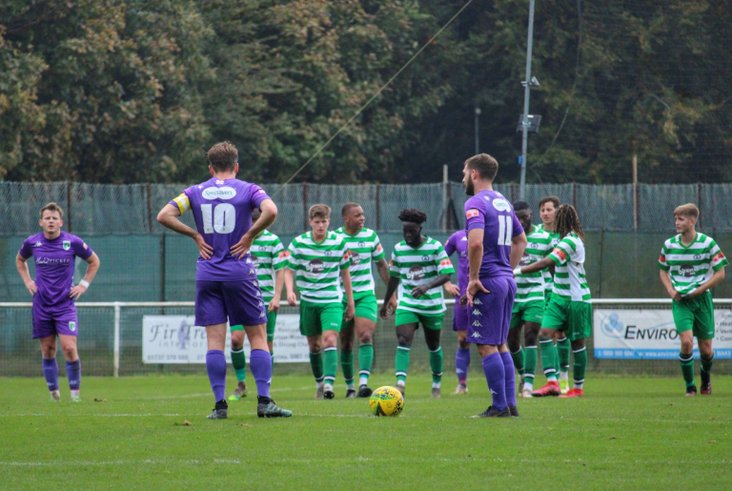 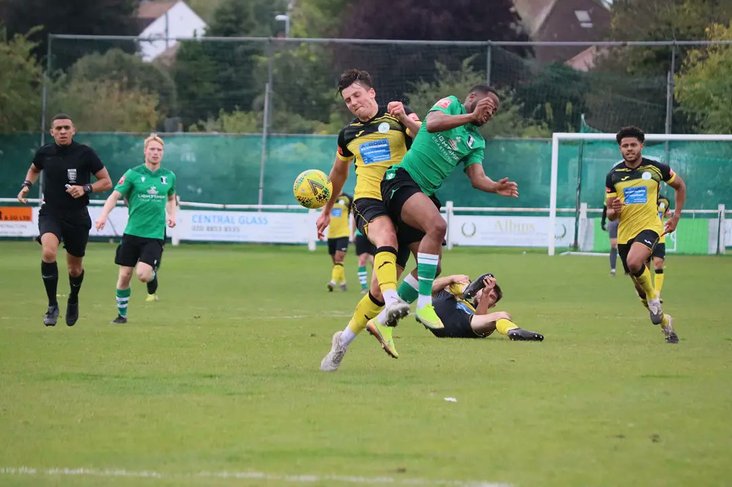  Sunday football! We've two matches today- get out and watch some live football as Kingstonian and Hashtag United are the hosts!

Sudbury, Bowers and Horsham to mix it with the big boys!  Whilst Casuals and Invicta face midweek replays in a bid to join them- whilst in the League Merstham hit five, Canvey win again, and we’ve new leaders South East. It’s our round up.