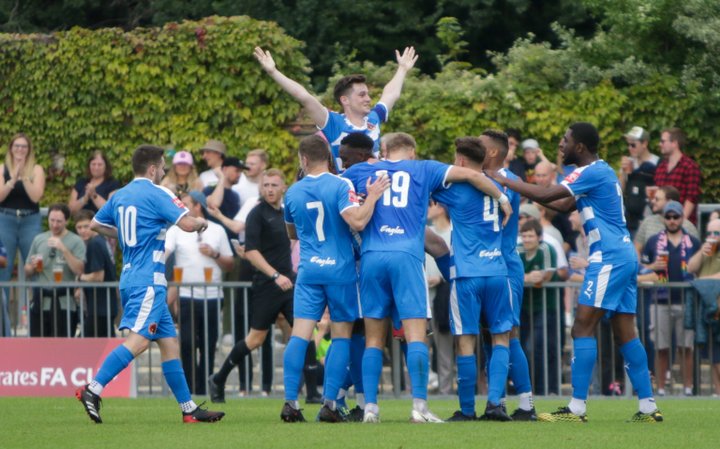 We start at Slough Town, where Whitehawk triumphed in the FA Cup. Andy Schofield took the shots of that triumph, and you can see them all here.

Basingstoke Town were regularly ahead in their tie with Wimborne Town, but the outcome wasn't positive as they fell by the odd goal in seven. Paul Donegan took the photos. 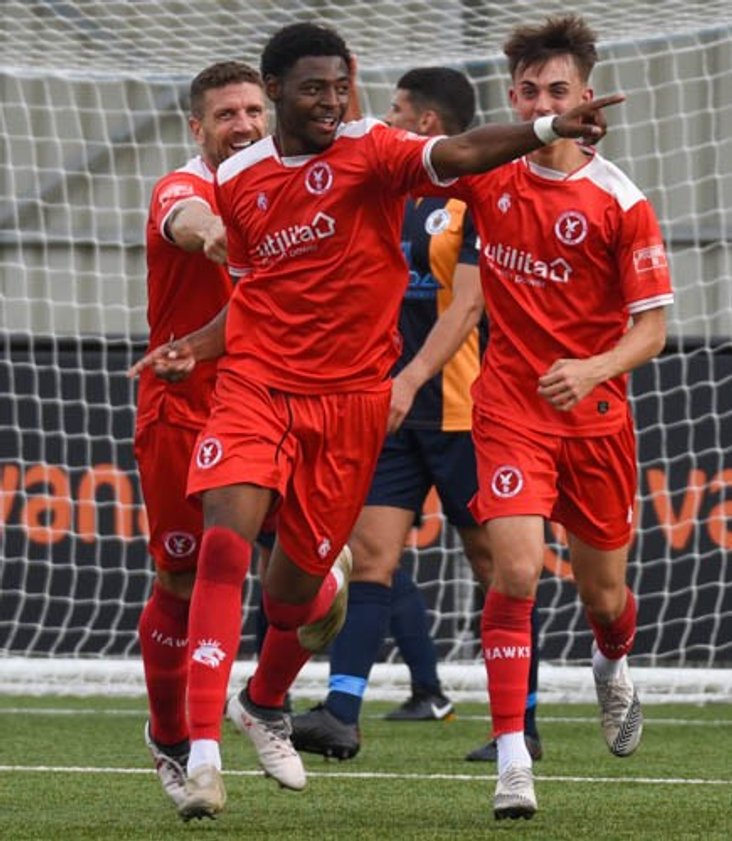 Thomas Bradford took some fabulous shots as Felixstowe and Walton United took some decent ones of their own at Hashtag United- see them here.

Terry Gilbert took some lovely photographs as Barking lost to Dunstable- but Blues fans probably won't want to relive the experience. If you do, head here.

Ben Pooley was pointing his lens at East Thurrock United and Needham Market, and will get to do it again in midweek. Follow him here.

Bedfont Sports made history with a win at Dulwich Hamlet, and Ryan Asman took our headline shot- you can see the whole album here. 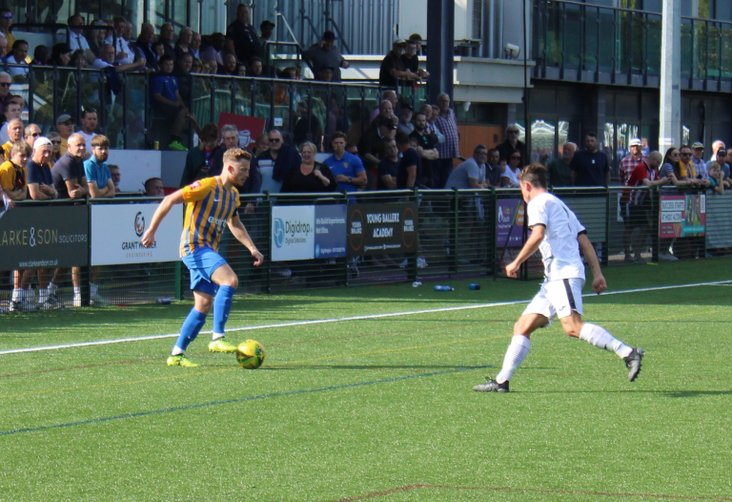 Sutton Common Rovers were on the telly against Jersey Bulls, and will be on an plane in midweek for the replay. Gary Brigden took the photos.

Aveley and Heybridge Swifts played out a draw at Parkside. Two photographers attended, and we've featured Lambpix for the Millers- more here- and Alan Edmonds for Swifts. 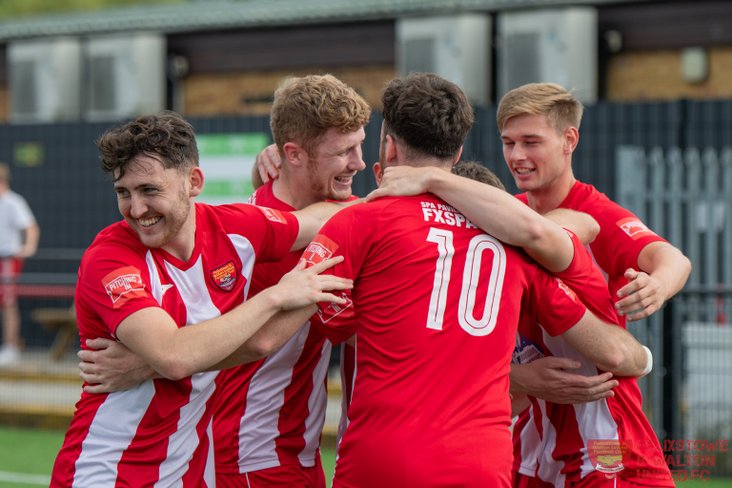 We don't know who took the photos at Chichester City but there are lots on social media here, and Bowers & Pitsea's win at Bishop's Stortford was covered by Nashy Photo- more here.

Edmund Boyden captured Haywards Heath's win over Ashford United, head here for the full set, and you can see some from Ray Turner too, here, whilst Simon Roe was capturing Kingstonian v Horsham- here.

We think that's the lot! Please let us know if we missed any, it's really hard to keep track! 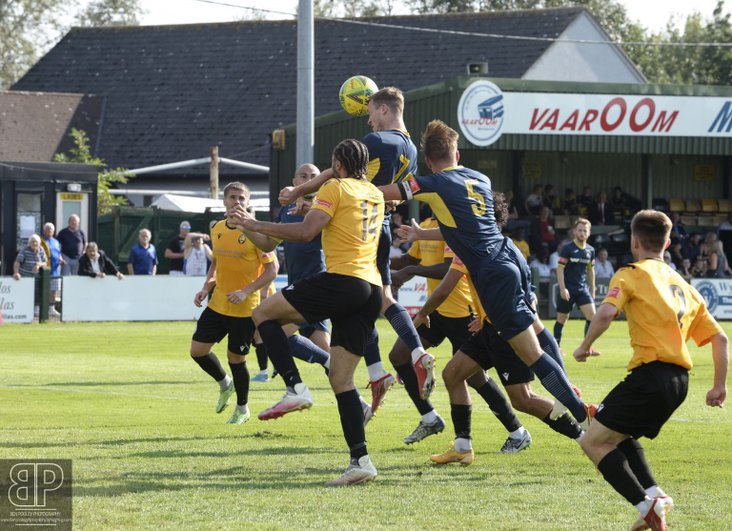 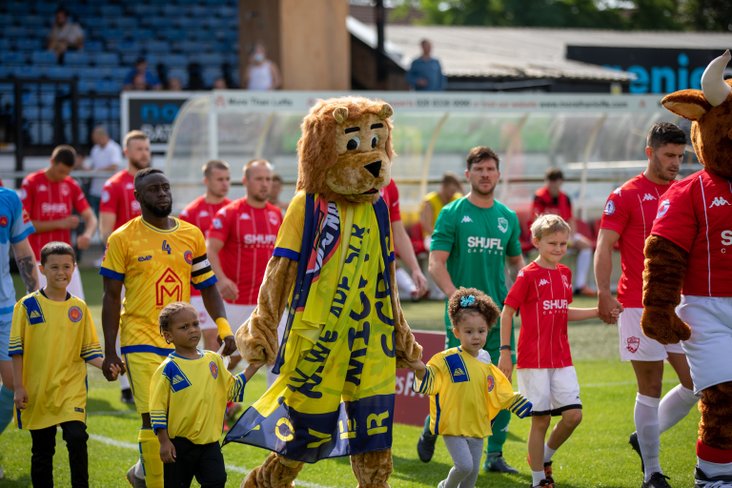 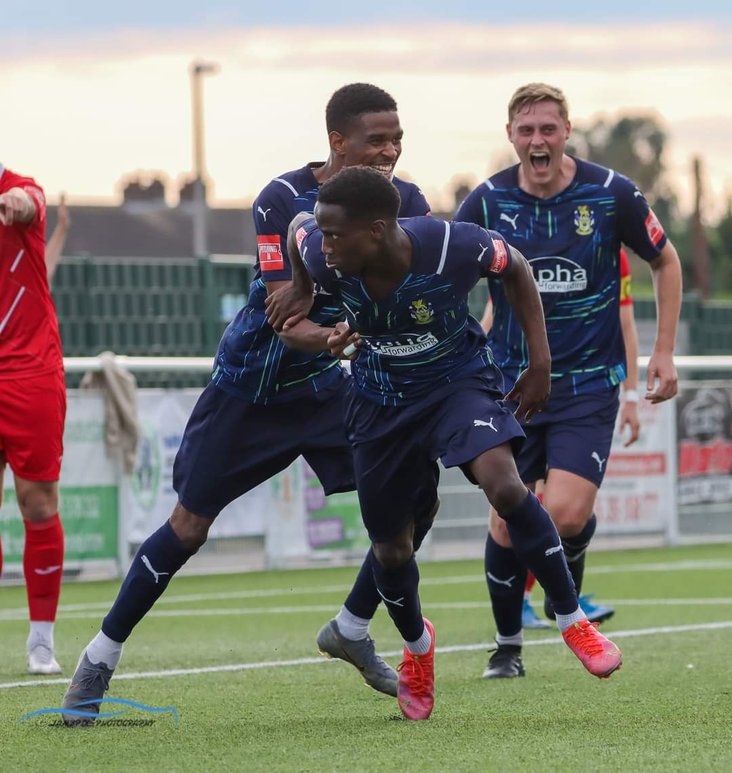 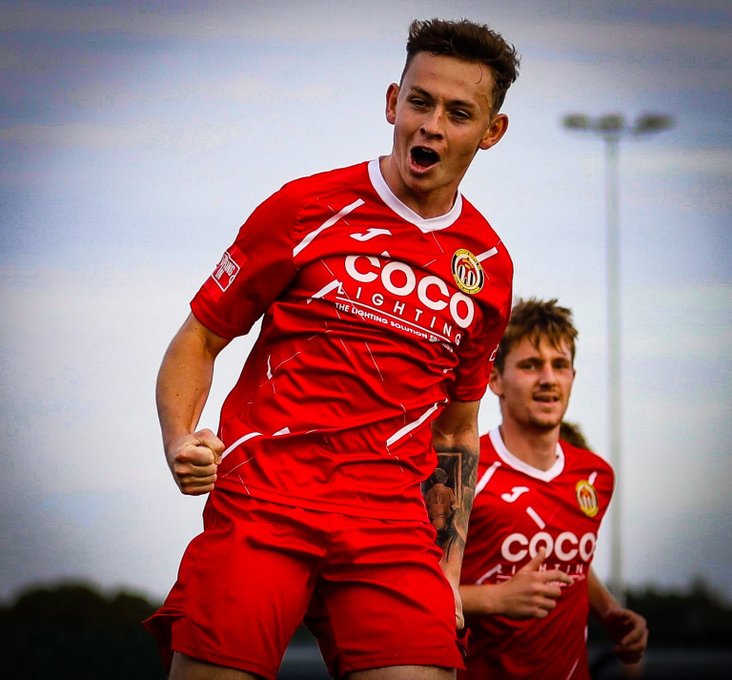 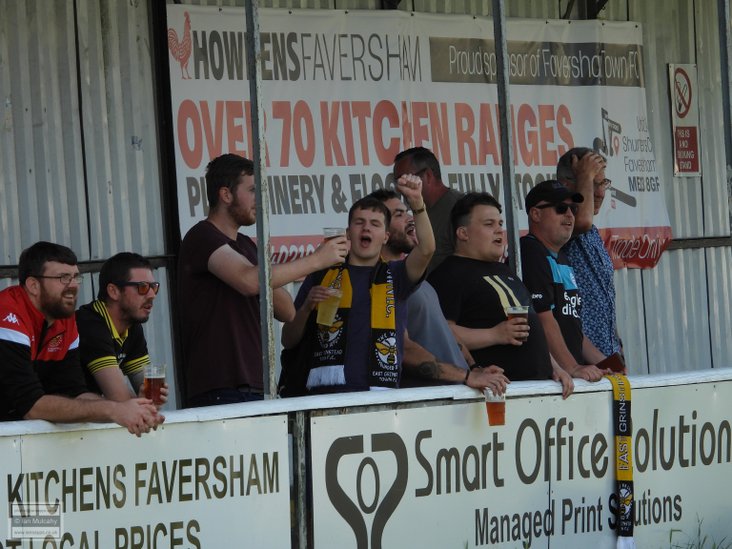 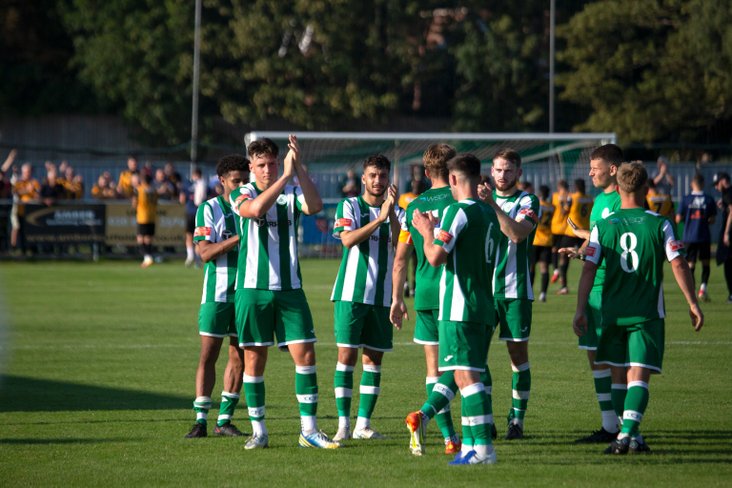 Chichester City salute their support- image from the club 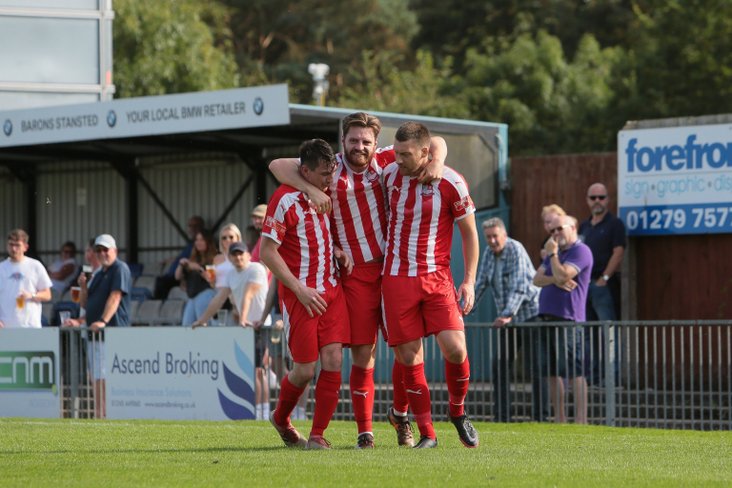 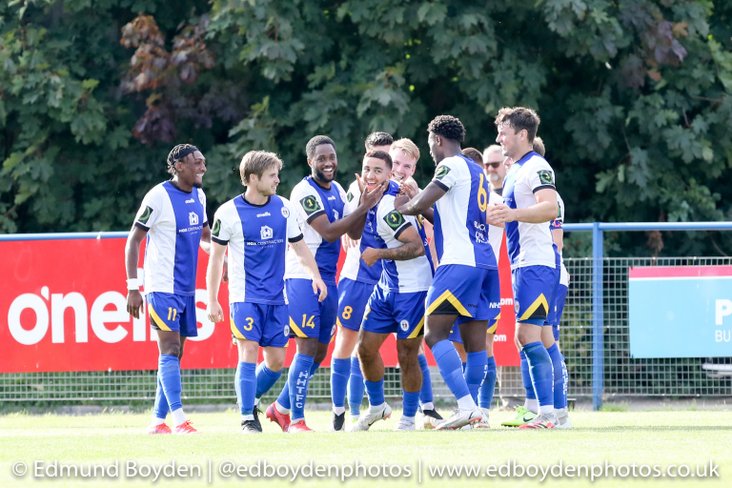 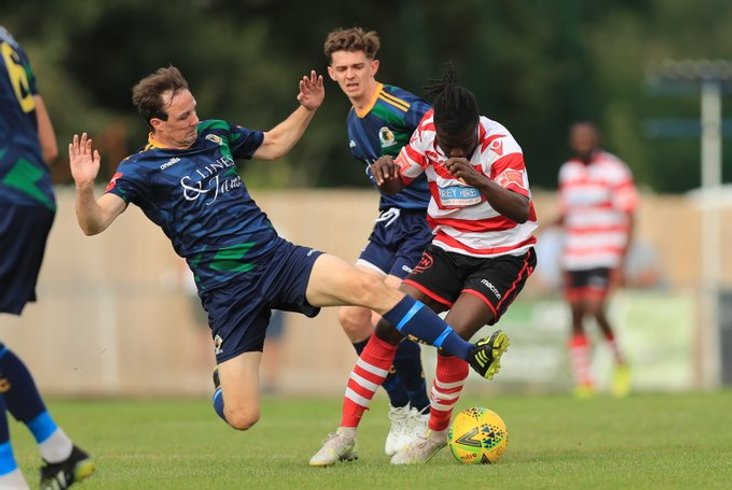 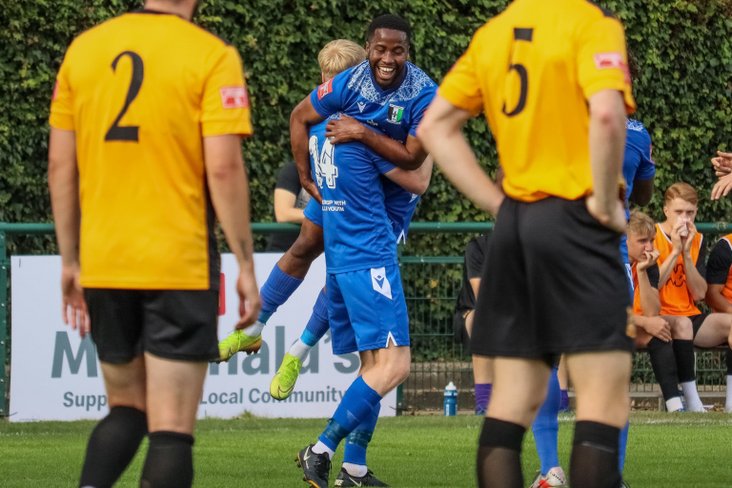 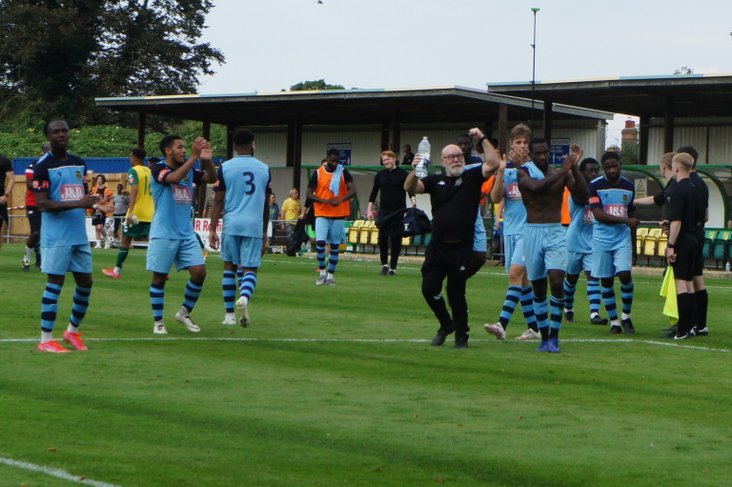 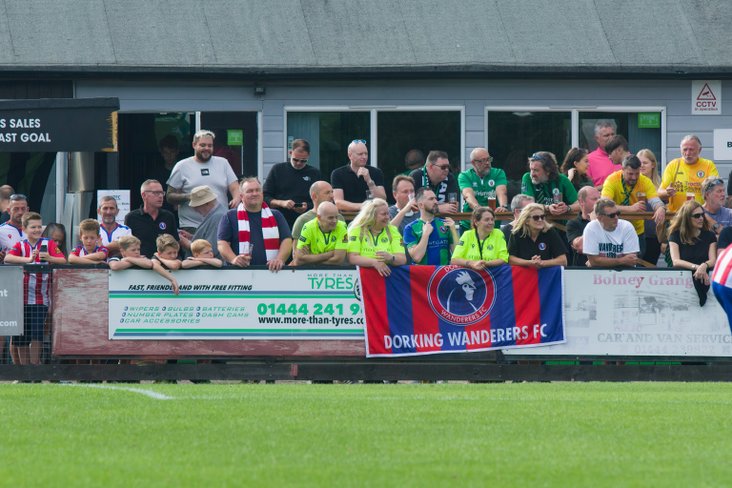  Get with the e-programme: Saturday 18th September 2021 Our electronic programmes from Saturday- don't worry, reading these won't worsen the energy crisis but they might make you (Dr) Feelgood

Sports and Hawks make headline news!  Bedfont Sports and Whitehawk knock out National League South opponents, Invicta get seven, Chertsey are another giant killer, and we've news from across all of our Divisions. It's our comprehensive round up.