Managerial changes for the Saints 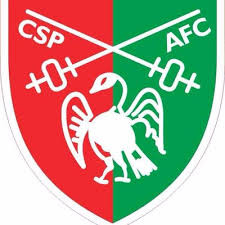 An incoming coach and an upwardly mobile Assistant Manager at Chalfont

Chalfont St Peter have announced two changes to their management team ahead of the new season, with the promotion of Scott Dash from First Team Coach to Assistant Manager and the arrival of Aaron Steadman to replace Scott in a coaching role.

As a player, Scott was a Wycombe Wanderers youth, and also played for Hayes, Beaconsfield and Hillingdon Borough. He managed Leverstock Green and then Northwood, steering them to a tenth place South Central finish in 2018-19 before parting ways with the club last October.

You will perhaps remember Aaron from his time at Bracknell Town, where he was First Team and Academy coach until announcing his departure from Larges Lane in January. He was previously Head Coach at Ascot United, and also managed the Berks and Bucks FA Under 18 team, notably winning the title in 2018-19. Manager Finlay Johnson stated:

"Really pleased to have Aaron on board with us this season. He’ll bring fresh energy a good eye for young talent and an excellent recruitment network to Chalfont St Peter."