Managers come and go for Margate 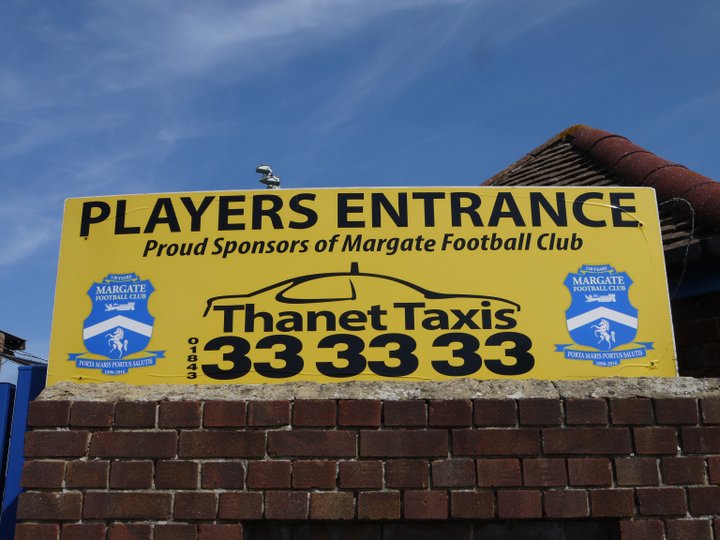 Margate had a rather busy day yesterday, announcing the departure of manager Jay Saunders, who left to take over at Tonbridge Angels, before announcing the arrival of Whitstable Town boss Andy Drury as his replacement.

Saunders had been in charge at Hartsdown Park since February 2019, had his first two complete seasons left incomplete by the pandemic, and took his charges to the Velocity Trophy Final in the season just ended.

Drury joined the Oysterboys in March, with seven games to save them from relegation. He sadly failed in that task, but his new side delivered some impressive performances nonetheless. He moved to the Belmont after spending some time as a player with Folkestone Invicta, making fourteen appearances, which followed a spell as Assistant Manager at Cray Wanderers.

Andy began his playing career with Sittingbourne back in 2001, when the Brickies were in the Dr Marten League. He went on to play 98 competitive games for Sittingbourne. He left Sittingbourne to go to Gravesend & Northfleet (now Ebbsfleet Utd), and he then moved on to Lewes who were then in the Conference South.

He then had his first spell at Luton Town before being spotted by Ipswich Town, who paid Luton £158,000 for him. Drury played 64 games for Ipswich and in 2013, after a loan spell at Crawley Town, he signed for the Sussex side. In 2014 he returned to Luton Town and a year later joined Eastleigh.

Staying in Hampshire he played for Havant & Waterlooville, before moving on to Sittingbourne once more for 2020-21, making eight appearances and scoring twice. His time with the Wands also saw him play seventeen times alongside his managerial involvement, his last appearance-coincidentally- coming against Margate just after Christmas.

 My First XI: Kelvin Waine Corinthian-Casuals fan Kelvin is next up

Shot of the Season!  We ask our Pitching In Isthmian photographers to nominate their favourite photograph of the season