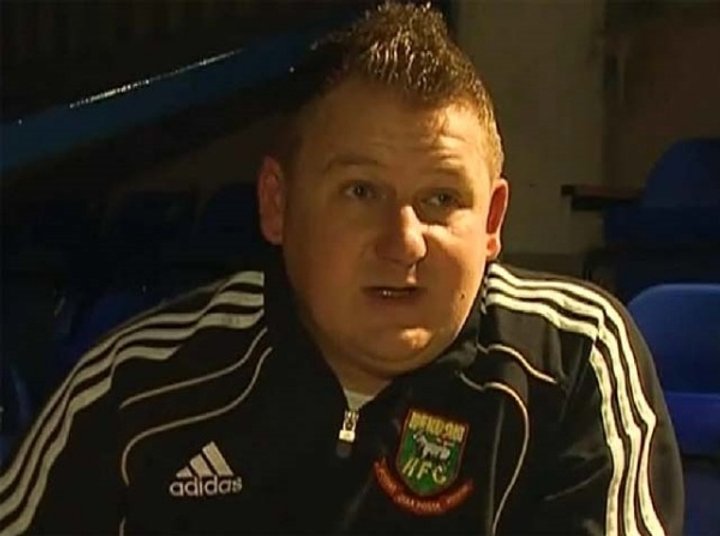 The former goalkeeper, pictured, whose playing career was cut short by a knee injury while playing for Hendon, was brought in to fight off relegation a decade ago as the successor to Gary Farrell. He left after overseeing possibly the worst month’s form in the club's history – eight straight defeats, four cup-exits and 32 goals conceded.

Barring the intervention of the weather, McCann's side host Hampton & Richmond Borough in the Robert Dyas League Cup on Tuesday night. Looking back on his tenure ahead of the third round clash at Earlmead, McCann said: "I knew it was going to be a tough job keeping the team up, but did I know what was going to happen over the next few years? Probably not. It is a club I care dearly about."

It hasn’t all been plain sailing for the Greens manager. Hendon only escaped relegation because of another club’s financial woes and off-field issues have seen the Greens since become supporter-owned and homeless. But the highs have far outstripped the lows with two FA Cup first round appearances, the club’s biggest-ever win in the Ryman League, 11–1 at Leyton, and two London Senior Cup final victories.

McCann is happy to probably be most appreciated by supporters for the style of football his teams play and the loyalty he engenders among his players.

His philosophy is all about possession, passing and flowing football and he said: "I don’t like unattractive football. I want my teams to play the right way, keeping possession and passing the ball. But, as a former goalkeeper, I have always understood where we need to be defensively. When you look after the football, the football will look after you."

When it comes to player loyalty, around 20 have passed the 100-appearance mark during McCann's decade at the helm. Six have passed 250 games with former captain James Parker, who retired in September 2012, leading the way on 299. Jamie Busby, James Burgess, Lee O'Leary and brothers Kevin and Casey Maclaren are also in the 250 club.

Asked to name his favourites players, McCann added: "I think the ones who are currently with the squad and have played in more than 200 games have to be up there – Dave Diedhiou, Kevin and Casey Maclaren, Lee O’Leary. But I have had some very special players who have played for me, Bontcho Guentchev and Darren Currie to name but two."