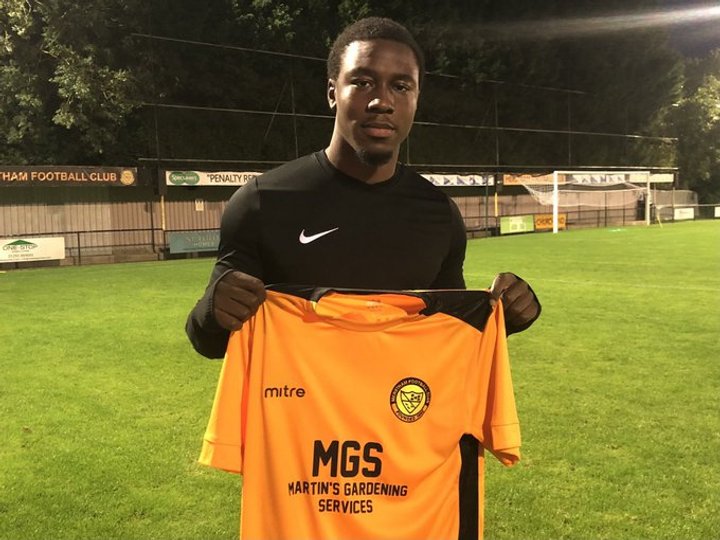 Forward Henry has only been away for a few weeks, but now he's back

Merstham gave a second debut to Korrey Henry on Saturday, and if his second spell is as good as the first, they will be delighted!

Korrey joined the club in October after five matches for Leatherhead, and he managed thirteen goals for the club before moving to Carshalton Athletic last month. He got three goals in five matches for the Robins before heading back to Moatside.

Korrey was a West Ham United youth before signing for Yeovil Town, and has also played for Poole Town, Bromley, Welling United and Dulwich Hamlet, as well as Braintree Town- for whom he had two spells.

 Can the Mackerel Men go thirteen clear? We've some important matches in the Pitching In Isthmian Premier tonight. Here's our preview of the action.