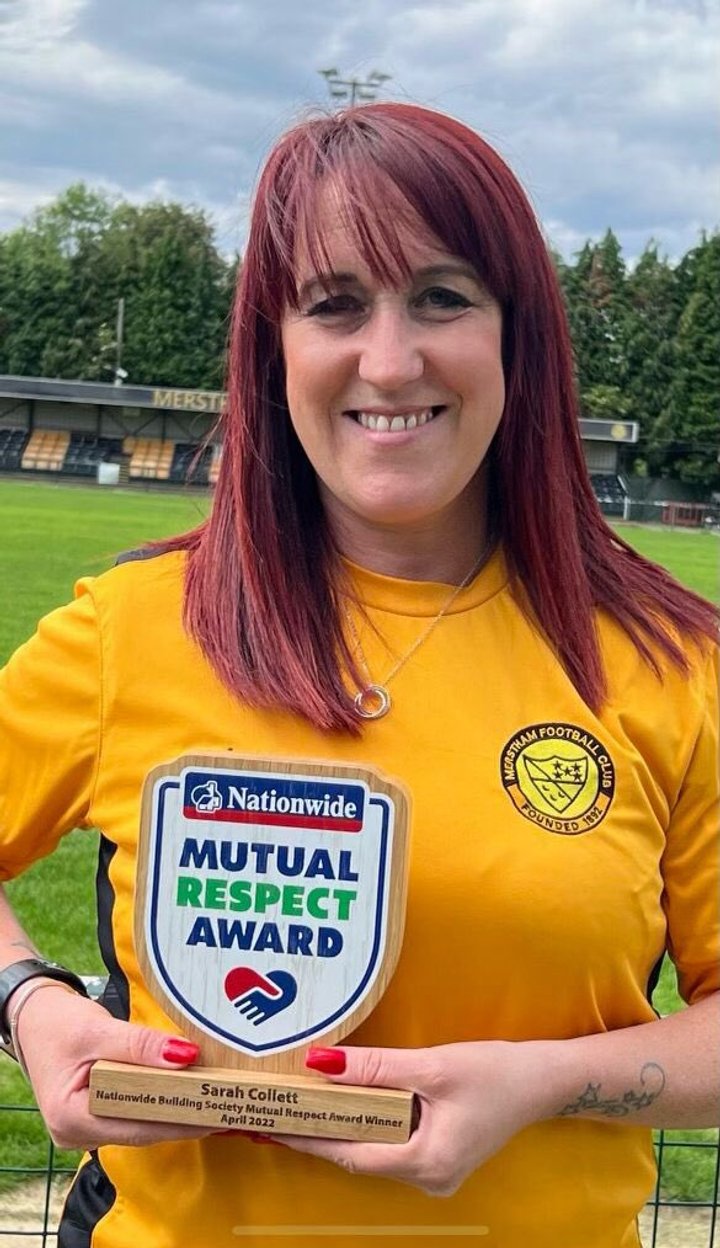 Merstham FC's Sarah Collett, who coaches the club's young female footballers and manages the women's side, has been recognised for her efforts with the Nationwide Mutual Respect Award for April.

Sarah received a trophy- she's pictured with it- the accolade of being the Nationwide Mutual Respect Award winner, and tickets to a forthcoming England game.

Before Sarah, younger girls in our community didn't have an opportunity to learn football close to home. She has curated a beautiful space for young girls to learn, at whatever level they are.

She includes everyone who wants to be involved. She will miss her own kids’ matches if other coaches are unable to cover the girls training. It’s difficult to quantify but she is the heart and soul of women’s and girls’ football."

You can read more here, but we'd like to pass on our congratulations to Sarah on this extremely well-deserved accolade. Thanks for being an inspiration!

 Shot of the Season 21-22: Andy Schofield We asked our fabulous Pitching In Isthmian Photographers to choose their favourite photograph of the campaign, and tell us why it is important to them.

Shot of the Season 21-22: Dave Shields  We asked our fabulous Pitching In Isthmian Photographers to choose their favourite photograph of the campaign, and tell us why it is important to them.