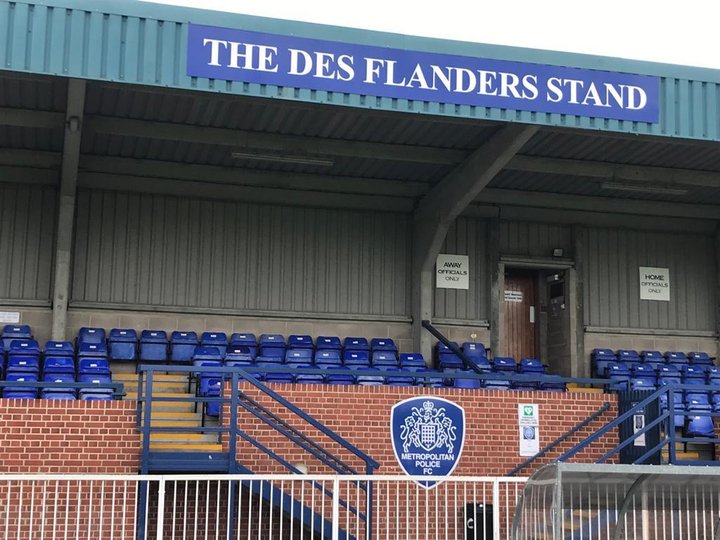 Metropolitan Police FC may no longer be one of ours- not by choice- but they've been a big part of our history, and today long-serving chairman Des Flanders is being honoured by the club as the main stand at Imber Court is renamed in his honour.

From 1977 up until 2018 Met were a mainstay of the Isthmian League, and for the majority of that period they were under the stewardship of Des, who was also a hard-working member of the Isthmian League board. We'd like to join with the club in playing tribute to Des, and thanking him for his service to his club and to our League.

Des, we hope you have a wonderful day, and that visitors Truro City- there's nothing like a local derby, is there- don't spoil your party!

 Hornets come home! Horsham were back in Horsham once more. Leatherhead were the visitors. A pulsating game saw honours shared.