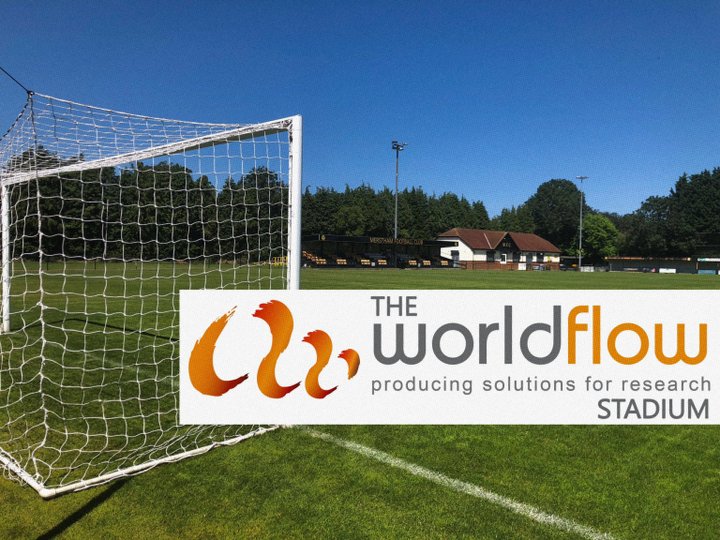 A new stadium sponsor for Merstham, as Moatside becomes The worldflow Stadium

With immediate effect, the ground will be known as the worldflow Stadium.

The sponsorship deal is for an initial two-year period and will begin immediately. The partnership will include a range of advertising and promotional activities, as well as local community initiatives.

“worldflow are delighted to have the opportunity to sponsor Merstham Football Club’s stadium for this season and next season, and view this as a great opportunity to help our local community and to support the excellent programs at the Club. This sponsorship reflects worldflow’s ethos of giving to our local community in the same way we give support and services to the global Investment Research community. We look forward to supporting Mertsham FC for the next two seasons at the worldflow Stadium and wish them every success.”

“I have known Steve for many years, and despite our differences in Premier League football club allegiances, he has always shown great interest in Merstham FC. When I heard that worldflow had agreed to sponsor our stadium, I was genuinely delighted, as I know Steve is a real football man, but also has a keen interest in supporting local communities. Like many people, I think he was surprised when I told him we had twenty youth teams playing under the Merstham banner and I think that was a big plus for him and his fellow directors at worldflow."

Find out more about worldflow by heading here.