Moatsiders prevent Rooks from climbing back to their lofty perch 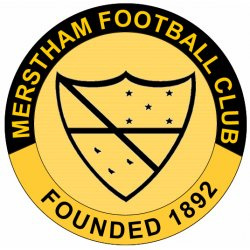 Earlier today Merstham announced the permanent signing of Walter Figueira from Dulwich Hamlet, and the player, who has been on loan at Moatside since September, celebrated the news in some style- scoring his seventh and eighth goals of the season and thwarting any ambitions that Lewes may have had to go back to the top of the Premier Division table.

It started well for the Rooks, James Hammond putting them ahead with a fine free kick in the sixteenth minute. But the home side were soon on terms, Simon Cooper finishing well, and then that man Figueira put them ahead before the break, as his side took the game by the scruff of the neck.

Three minutes after half time Lewes were level, Kieron Pamment firing home- but that was as good as it got for the away side. In the 67th minute Figueira put the Moatsiders ahead, and they never looked back. Former Rooks player Gus Sow picked up a second yellow card shortly before full time, but Merstham held on even with ten men and picked up all of the points.

Merstham move up to thirteenth, having now won three of their last four, whilst Lewes stay second, their run of four straight victories coming to an end. The Moatsiders second signing of the day, Dartford winger Manny Ighorae, remained on the bench and may make his debut at home to Dorking Wanderers on Saturday.

 One in, one out for Rocks Teenage Bognor star heads to the Scottish Premiership, and League One midfielder moves to Nyewood Lane