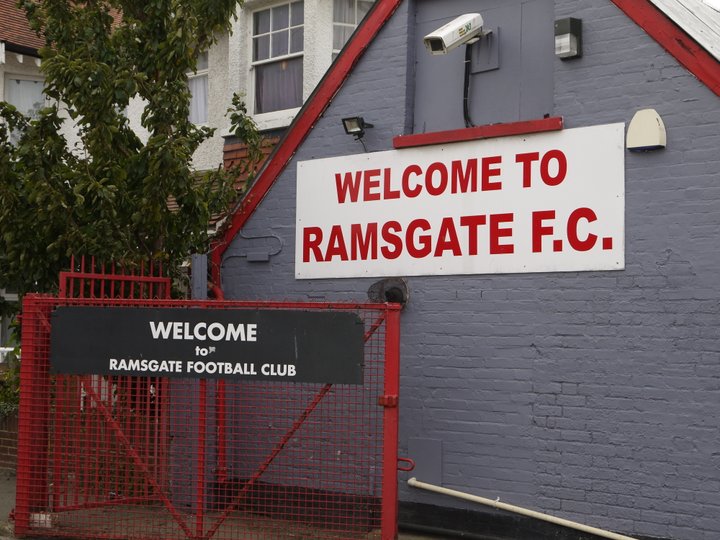 Four more sign on at Ramsgate- including three new names

Since we last brought you Ramsgate news, the fine folks at Southwood have created a great deal more, so here's a round up of the signing activity from the last couple of days!

Denzelle Olopade was first in. Denzelle is a central midfielder who spent much of his youth career with Norwich City, as an Academy scholar and in their Under 18's. He then moved into London to sign for Crystal Palace, where he was part of the Development Squad. Manager Matt Longhurst said:

"Denzelle has really impressed us recently, he was with Norwich from 13-17 and then at Palace. This lad really has all the attributes if he applies himself to become a top player.“

Thomas Cousins comes in from Bromley, where the defender was part of the Under 19 squad last season. Matt explained:

“Tom came in and did well behind closed doors, he is an attacking full back he has lots to learn but a great attitude towards doing so and I am looking forward to working with him.“

Callum Emptage is well known to his manager, as he played for him at East Grinstead Town. The full back has also spent time at Gillingham, Hastings United, Hythe Town and Sheppey United. Longhurst stated:

“An excellent signing, Callum is raring to go again & is football fit I’ve known him since he was 18 and I’m delighted to work with him again another real big plus for the group.“

Winger Ashley Miller has also agreed to stay on for the forthcoming campaign. The manager was effusive in his praise:

“It’s no secret when I came to Ramsgate the first player I spoke to was Ash, making sure he stayed. He’s the type of player I would pay to watch, his ability is second to none and he has the attitude to match it."

 Blues announce a returning hero- and eleven retained players Former skipper returns- and is joined by a host of last season's squad. Read- and watch- below.