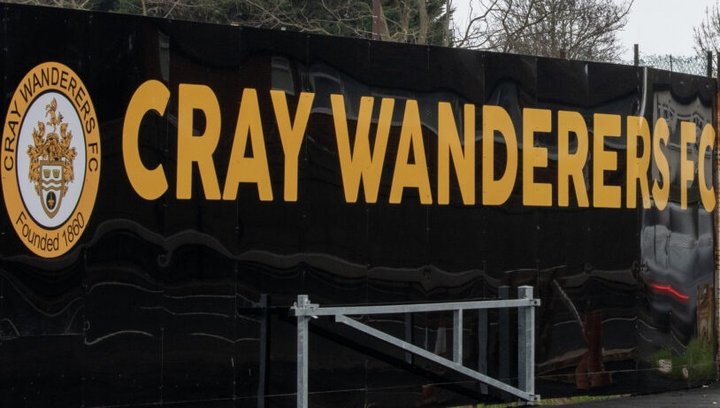 Since we last told you about a collection of Cray Wanderers signings, the club have announced three more- with the arrivals of Fjord Rogers, Ejiro Okosieme and Jamie Yila.

Fjord, a striker, comes in from Hollands and Blair, but isn't entirely unknown in Isthmian circles as he was once a youth player at Faversham Town. He also spent time at Lordswood and Tunbridge Wells, but this will be his first time at Step Three.

Ejiro, a centre-back, spent time at Romford and Bishop's Stortford amongst a collection of other clubs. Last season he played twice for the Boro, in defeat against Aveley and victory over Basildon United.

Many of his other clubs are at a higher level, including Macclesfield Town, Dover Athletic, Welling United and Braintree Town. He came through the youth system at Middlesbrough, and whilst in the north spent time at Billingham Synthonia and Workington.

Jamie moves over from Fisher. A winger, he played against his new club as the Wands progressed in the First Qualifying Round of the FA Cup on September 23rd, and was upended to win a penalty for his side as they defeated Tooting and Mitcham United in the previous round. He moved to Fisher from Tower Hamlets.

News from the top scoring side in this season's FA Cup!  All hail our awesome Millers- who you can watch v AFC Wimbledon this afternoon (sadly still from your armchair)