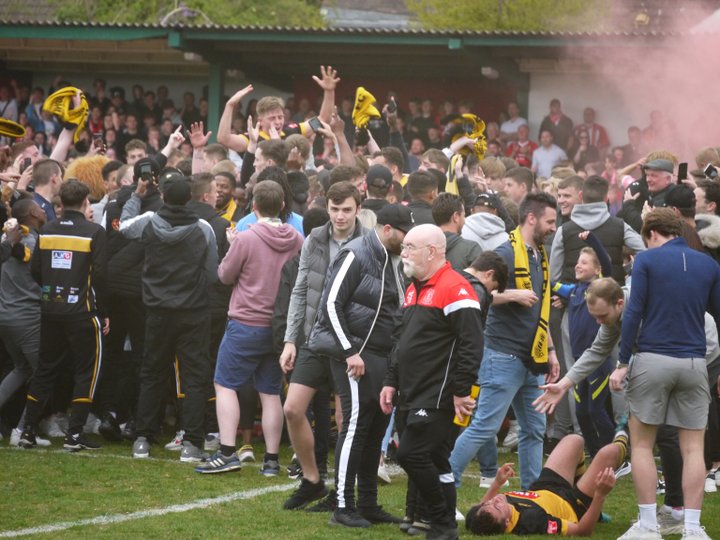 Cheshunt fan Henri has finally come down from his Amber cloud, and gives us his First XI from the Premier Division

Here’s my XI of the season from a Cheshunt perspective.

GK - Harrison Male (Worthing)
Had a great attitude when I spoke to him and took the stick he received well. Up and coming prospect.

LB - Cameron Tutt (Worthing)
Put a shift in all season in a title winning side.

CB - Ola Wasiri Williams (Corinthian-Causals) No longer Isthmian Prem, but it was clear to see he was capable of playing at a higher level during his time with us.

CB - Adam Crowther (Cheshunt)
Quite clearly the best centre half in the league by a country mile I’d go as far to say. Astounded he’s not had his way into other fans teams.

RB - Joel Cobran (Worthing)
Put a shift in all season in a title winning side.

CM - Joe Re (Cheshunt)
Started and played in every league game this season, over 2000 minutes played more than any other player in our squad.

RM - Mo Faal (Enfield Town)
Speaks for itself, been scoring 30+ goals for years now and it’s clear to see he’s cut out for a much higher level of football.

ST - Oliver Pearce (Worthing)
Once again you can’t not put the top scorer in the league in this side, especially when he’s scored a total of 35, unbelievable achievements from someone who’s effectively come from nothing.

ST - Rowan Liburd (Cheshunt)
One of the reasons we pushed for play offs this season, brining Rowan in on loan was the booster we needed. His debut away to Worthing he scored 2, you knew instantly you had a player on your hands. Rowan went onto score 19 league goals from the end of November.

We've still- just about- got time for you to give us your first XI. Send it to Ian at townsendaround@gmail.com