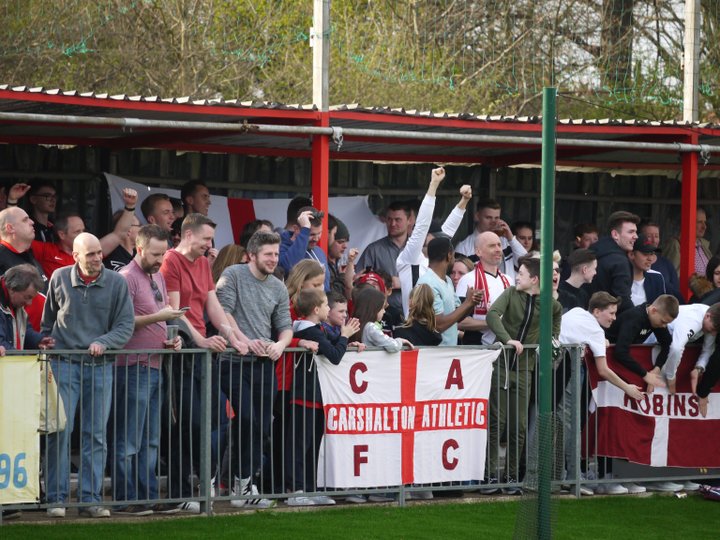 We’ve been asking supporters to pick the best eleven players they’ve seen play for their club. We’re off to Colston Avenue, where Alan brings us a flock of Robins.

Alan Johnstone is a dedicated fan of Carshalton Athletic, who entertains us with his video blogs. On this occasion he’s having to do it with a rather less visual medium, as he brings us his Robins First XI.

3. Paul Underwood. Great skills and made it in the professional game.

6. Gary Richards. Solid centre back, nothing got past him. Also once scored directly from a corner against rivals Sutton United.

7. Sam Saunders. Tricky little winger, who again made it in the professional game, and is now a Sky Sports pundit.

8. Robin Beste. Played for Chelsea in his early career, and was the other half of the successful partnership with Jimmy Bolton.

9. Jimmy Bolton. Still is our top scorer. Always in the right place to score.

10. Tommy Bradford. Started out as a centre forward, but is now very versatile, has already scored over 100 goals for us, and he's just in his mid 20's. Will score many more.

11. Conrad Kane. Tall midfielder, was with us for many years. His fitness was second to none. Played until he was in his late 40's.

My First XI: Cray Wanderers, Mark Hunt  We’ve been asking supporters to pick the best eleven players they’ve seen play for their club. On this occasion we’re taking a trip to Hayes Lane courtesy of Mark, who brings us his very favourite Wands