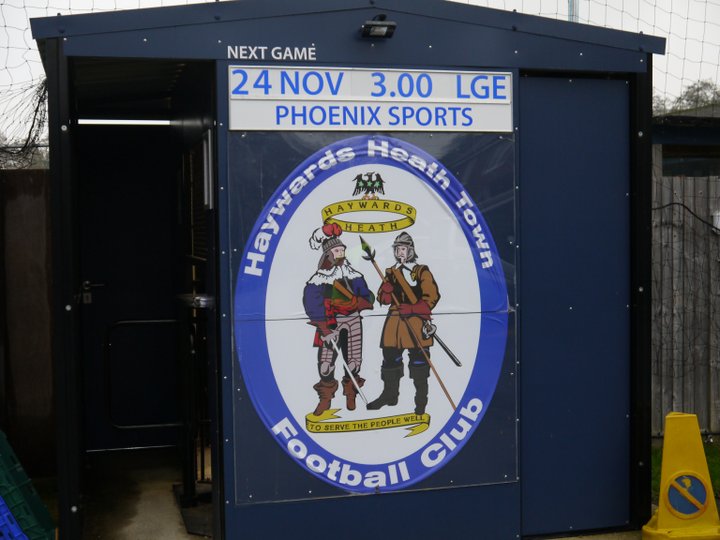 Given Heath have- so far- only managed one entirely completed Isthmian season, we allowed John to delve back into the depths of history for his best set of Blues!

Having watched and supported the Club for nigh on 60 years now naming just 11 players from that period has been a very difficult job, and suffice to say I could easily have named a dozen squads!

Heath have been lucky to have and almost endless string of excellent custodians, but I have chosen Chris who although diminutive in size was in essence a giant between the slicks. He kept goal when Heath were struggling in the old Division 3 of the Sussex County League. It was his heroics in the Heath goal that enabled the Club to avoid relegation out of the County league and give the club a platform for the long road to recovery.

A great right back in the Metropolitan League days.

A great solid no nonsense defender who was an ever present in the debut season in the Isthmian League under Shaun Saunders.

An absolute club legend from the Metropolitan League days. Jack made 44 appearances for Brighton & Have Albion and captained Heath in the 2-1 Sussex Senior Cup final victory against Worthing played at the old Goldstone Ground back in 1957/58.

An ever-dependable left back Ken Swallow era and a mainstay of the Division 3 squad.

A brilliant mid-field general and Club Captain again from the Kern Swallow era.

Another brilliant mid field maestro from the Ken Swallow squad.

Undoubtedly one of the best players to have graced the Hanbury turf and has a knack of scoring some memorable goals.

Bought to the club by Howard Dunn and spearheaded the Club’s promotion back to senior football in 2002 as he formed a successful partnership with Nigerian international Kumbar Francis.

Tall gangly old-fashioned centre forward from the 60’s Division 1 squad and always amongst the goals.

Macca was player coach who came to the Club in 2005 with Carl Wideman and had a lethal left foot. He went onto be a coach in the Philippines and Indonesia after he left the Club.

 My First XI- Tooting & Mitcham United, Roger Butcher We’re off to South London- which is apparently black and white- and for some of Roger’s selections we’re heading back nearly half a century.