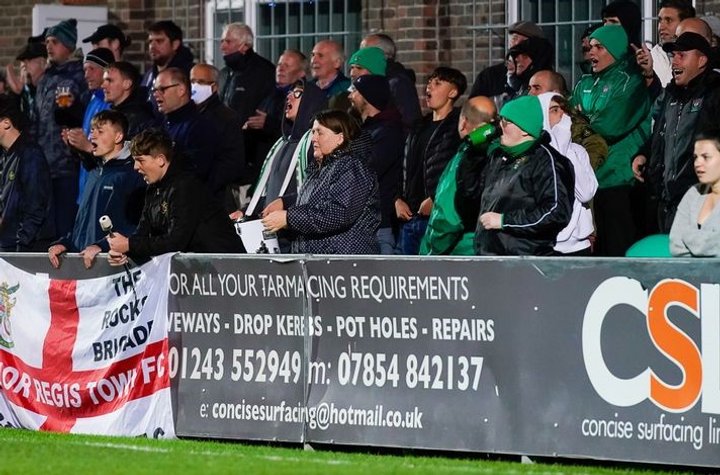 Direct from the Nyecamp, here’s Nigel with his dream team of Rocks

Here is the best XI that I’ve seen grace the Nyewood Lane carpet for Bognor Regis Town FC, over the four decades that I’ve been associated with the club.

Grant Smith - great shot stopper with lovely distribution. Went on to play at a higher level.

Mick Pullen - Bognor legend. The most consistent of performers I’ve seen at this level.

John Crumplin - released by both Southampton & Pompey he came to Bognor & worked so hard to get back in the pro game. It worked, he was picked up by Barry Lloyd at Brighton, you know the rest!

Craig Robson- dominant in our Trophy run of 2016. Made other players look good with his reading of the game.

Neil Hider - another ‘80s legend. Ball playing centre half. He read the game so well, rarely out of position.

Matt Wiltshire - not at the club long, but he was worth the admission money on his own. Two great feet, great touch & a great football brain, he was pleasure to watch.

Dave Poole - absolute warrior who could also play. Left everything out on the pitch.

Simon Rodger - youngster from the 90s who went on to play for Crystal Palace. The sweetest left foot.

Michael Birmingham- led the team by pure example. Another that you’d like beside you in the trenches. Typical of a Bognor player, he could also play a bit!

Luke Nightingale- ex Pompey, who came to Nyewood Lane with a brilliant attitude to playing at this level. Brilliant first touch, which allowed him to bring others into the game.

Jason Prior - goal scorer who made his name with us! But for serious injury, could have played League football! Still knocking them in for Dorking.