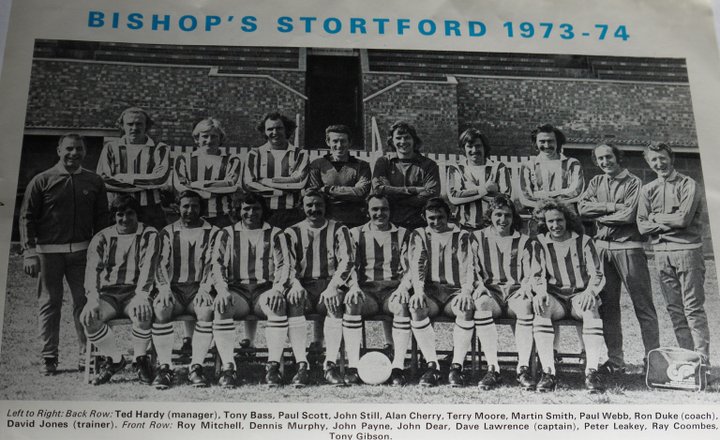 Ray has five decades of watching the Blues to pick from. Here is his squad, featuring players from yesterday and today

As a supporter of Bishop’s Stortford, being taken to my first game by my dad when I was five years old- and being a regular supporter since 1973- I have almost half a century of players to choose from. I have been to Wembley twice to watch the two main semi pro cup finals, and seen them both won by the Blues.

Here is my team, although it’s actually a squad, as I have so many players to choose from:

Terry Moore- probably the best non league keeper ever. Went on to be coach and then manager.

Sam Robbins- a current player who has excelled at r/back, midfield and centre half.

Roger Avery- the man for the job! Wins the ball from the opposition and had good distribution

Glen Southam- such a good player- a complete midfielder

Mitch Mitchel- on his day a joy to watch. A ball dribbling winger

Steve Morrison- a good all round forward

Jamie Cureton- the goal machine- would link well with Steve

There they are plenty more I could have chosen, but this team would play 4 1 3 2 and I think would have been hard, fair, entertaining and a joy to watch. I was there for the club’s centenary and hope to be there in a couple of years for the 150 years anniversary.

 Can the Urchins make us proud once more? Hornchurch head to Darlington in the FA Trophy. Can they move to within touching distance of Wembley?