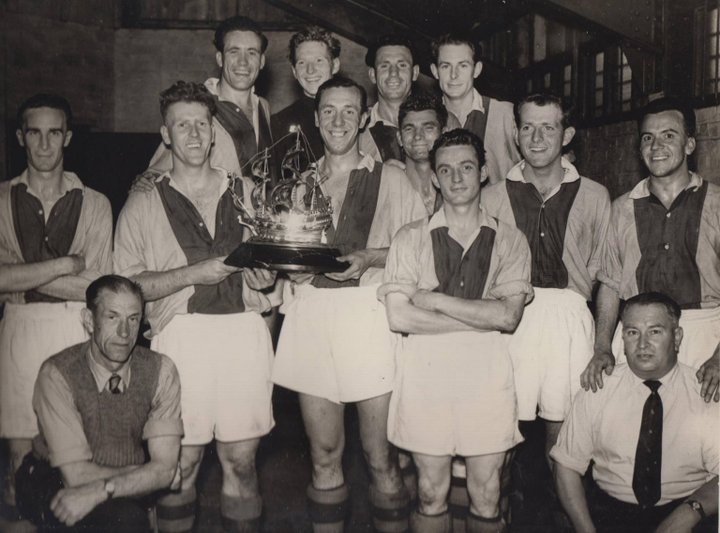 Peter began watching Romford seven decades ago. Look for some vintage choices in his First XI.

I’m a keen supporter from the 1950’s, but I’ve been unable to get to matches very much since the early 1990’s. That’s reflected in my team selection.

1: Andy Smith: Outstanding service for many years, the very best.

2: John Read: Oozed class and as cool a player you could ever want to see. Totally unaffected by anything at all.

3: Terry Tapping: A real utility man who could play any position if needed. Boro legend.

4: Dyfed Elias: Welshman of course, another with similar attributes to John Read, true class and sadly not with us for long enough.

5: Ken Hencher- a true iron man and built like the proverbial S House.

7: Roy Sanders: Record appearance holder, delighted us all by returning after being transferred to The Cobblers. A very handy boxer who will never be forgotten, his battles with Chelmsford are part of our folklore.

8: Bill Bridge: A very good inside forward in the 50’s. Strong player with endless energy.

9: Johnny Bee: One of the best number nines, part of the Brooks, Bridge, Bee, Cunningham, Andrews front line that remain clear in my declining memory.

10: Graeme Cunningham: The brains of the team, a truly clever schemer.

11: Tom Barnett: There was dynamite in his left foot from distance, operating on opposite side of Roy Sanders. Boro legend.

I would back this side against any Isthmian team, past or present.

My First XI- Tooting & Mitcham United, Roger Butcher  We’re off to South London- which is apparently black and white- and for some of Roger’s selections we’re heading back nearly half a century.