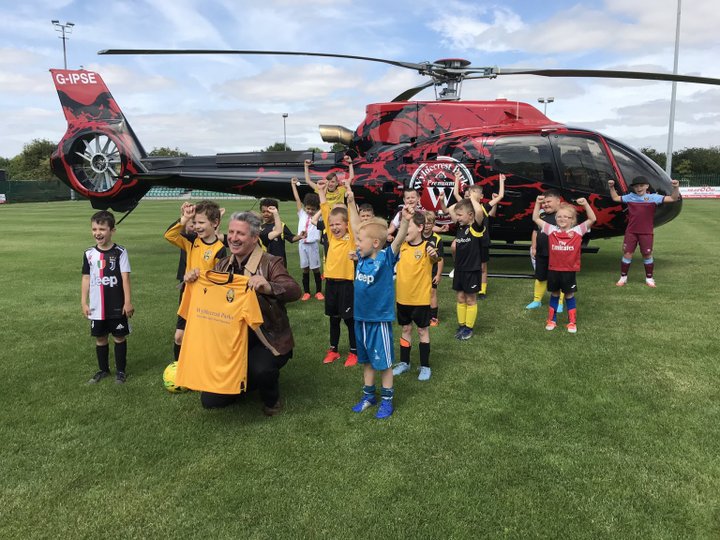 East Thurrock United hang up the "Under New Ownership" signs

East Thurrock United have announced that they have a new owner- and he comes with his own helicopter!

Taking control of the cyclic stick at Rookery Hill is local entrepreneur Alfie Best, who has bought the Rocks in a 'seven figure deal.' Alfie, who owns Wyldecrest Parks and is a fixture in the Sunday Times Rich List. With his HQ in Thurrock he has decided to take his local club to the next level, and has big plans, having bought the freehold to the ground and a fifty percent stake in the club.

“A football club has so much more to offer than a game on a Saturday afternoon. It has the opportunity to be the lifeblood of the community.

It would be great to be able to build a new community stadium for the club. I am confident we will have the support of Thurrock Council who are a go-ahead and ambitious authority determined to provide the best amenities for their residents.

There is a real enthusiasm from everyone involved in the club to achieve great things here and I want to lay the groundwork with a new stadium that could see us make progress on the field and move through the divisions."

Read more by heading to the club website- here.