News from the end of the runway 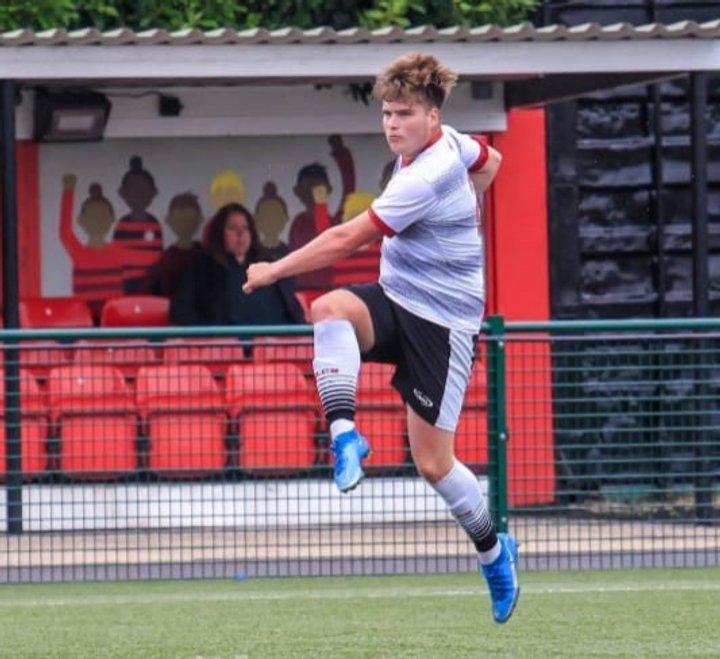 Bedfont Sports have announced their returning players- and a new signing

Bedfont Sports have announced the arrival at the club- or perhaps the return, given he used to play youth football for their Eagles- of striker Lewis Flatman.

Lewis played for Spelthorne Sports in the Combined Counties Premier Division last season, and according to their website got a rather incredible twenty two goals in twenty two matches. That followed eleven in nineteen the season before.

If he can keep up anything like that strike rate in the Pitching In Isthmian South Central, he'll make a real mark next season- and he's already off the mark, getting two in the recent friendly with Camberley Town.

The club have also announced the return to the end of the Heathrow runway of the following:

Image of Lewis courtesy of the club. Read more here.

Fixtures- released!  Your clubs will now have all the details, but here are the highlights of the forthcoming 2021-22 season.