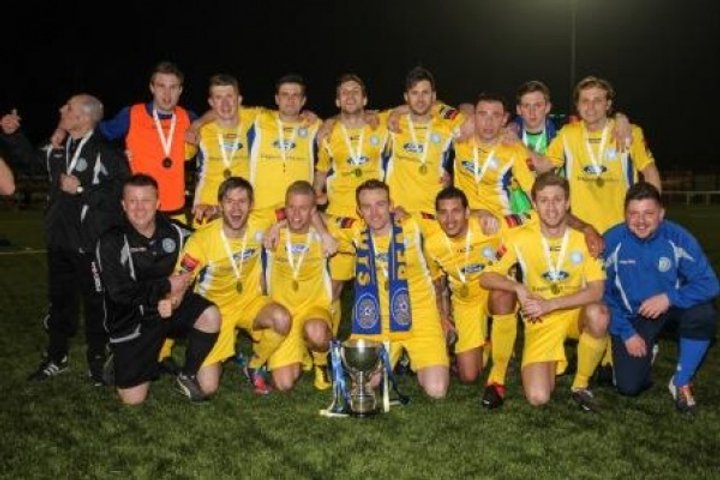 A THRILLING Isthmian League Cup final was settled by a goal by Nicky Cowley two minutes into the second period of extra time which earned Concord Rangers a 3-2 victory over Dulwich Hamlet in the final at Maidstone United last night (Tuesday).

It was the greatest night in the history of the Essex club (pictured by Andy Nunn), who joined the league only in 2008 and look set to claim a play-off spot in their second Ryman Premier season.

For Dulwich it was another night of heartbreak to go with their defeats in the 2011 League Cup final and the last two Ryman South play-off finals. They are strongly placed to win automatic promotion this season and will certainly hope that they do not have to face another knockout tournament.

They took an early lead last night when Ellis Green fired home a superb left-foot drive in the 11th minute, and held it until just after the hour mark, when Tony Stokes replied for the Beachboys from a pass by Danny Spendlove.

Concord were on terms for only three minutes before Green struck again from long range and Dulwich were 11 minutes away from victory when Ben Greenhalgh curled in a free-kick to make it 2-2.

It was anybody’s game going into extra time and it was Concord who struck the decisive blow with a scrambled goal credited to Cowley.