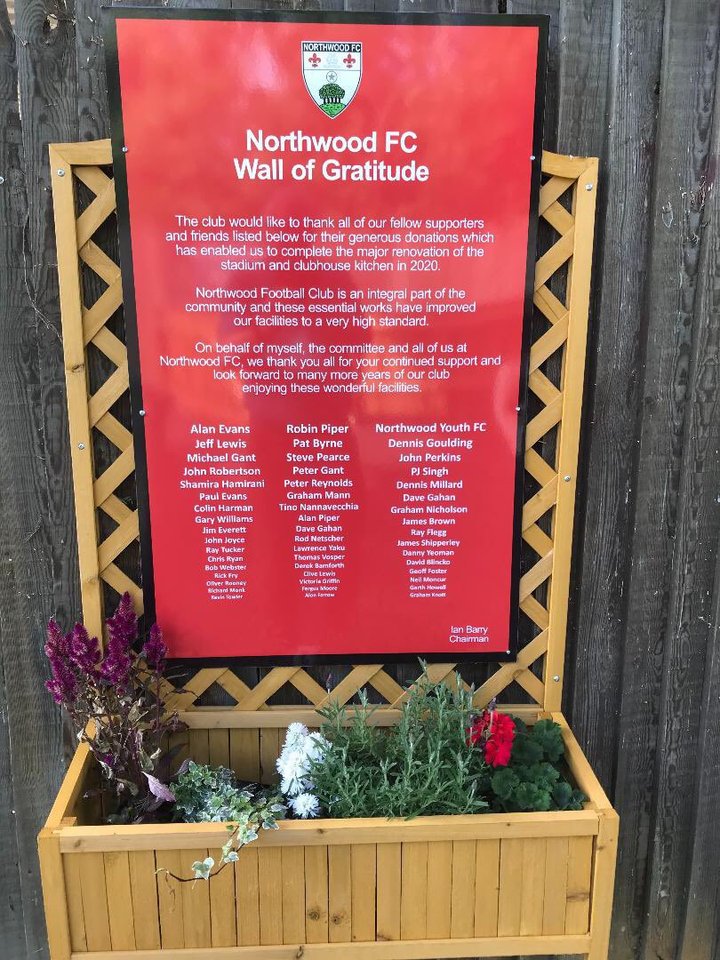 Northwood recently came through an FA Ground Grading Committee inspection with flying colours, being awarded a Grade C rating- a level higher than they require to play in the South Central Division.

The club have done a great deal of work on their AcreTweed Stadium over the recent times, replacing turnstiles and seats in the Byrne Family Stand, as well as refurbishing their clubhouse and most recently its kitchen, and all this became possible due to Football Stadium Improvement Fund grants and many, many donations from supporters. This generosity has been commemorated on a "Wall of Gratitude" erected just inside the new turnstiles, and which you can see in the image above.

Isthmian League Chair Nick Robinson, in a newsletter to all of our clubs, stated:

"I want to congratulate Northwood FC which has achieved a C grade whilst being a Step 4 club. This is a great achievement."