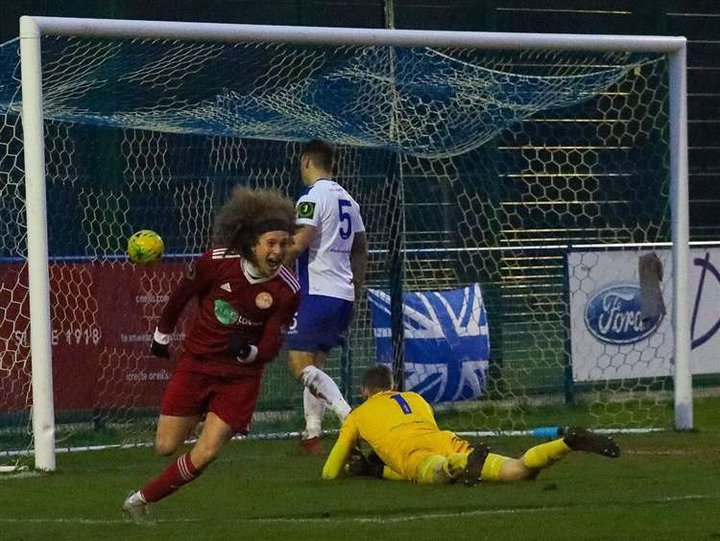 Ashford United, in second place in the Pitching In Isthmian South East table, have strengthened for tomorrow's visit of Haywards Heath Town with the arrival of Hythe Town midfielder Jarred Trespaderne.

Jarred has made sixteen appearances for the Cannons this season, and one look at his shirt numbers shows his versatility, as he's played wearing number three, five, six and eleven!

He's been in Hythe for three seasons. Prior to that he played for a number of our clubs, including Folkestone Invicta, Herne Bay, Corinthian and East Grinstead Town. He also spent some time with Tunbridge Wells.