Ollie Allen swaps green and white for red and white... 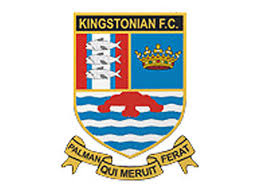 ...and steps up a level, as he signs for Kingstonian

Kingstonian have announced the signing of midfielder Ollie Allen, who has been turning out in the Pitching In Isthmian South Central Division with Chipstead.

Ollie has been with the Chips on loan from our Premier Division Champions Dorking Wanderers, who these days are competing for promotion in National League South (yes, it really has been that long since we finished a season). He has made fourteen appearances in green and white, after coming through Wanderers Academy- and he is highly rated, having already had a trial with Wolverhampton Wanderers and Brighton & Hove Albion, as well as being linked with Nottingham Forest and Coventry City.