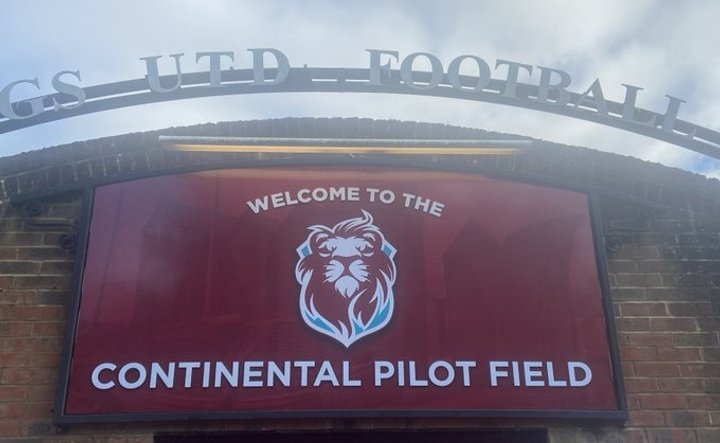 Hastings United sign Invicta star- and this time he doesn't get to go back!

Hastings United last night announced that Finn O'Mara, who first signed on at Pilot Field in mid-November on loan, is now back on a permanent basis. He he has signed a two year deal, and United have paid Invicta an undisclosed fee.

Finn joined Invicta from Gillingham, where he went from the youth ranks aged thirteen to the first team squad. He had two loan spells at Folkestone and signed permanently in October 2018. He made ten appearances this season, most of them from the bench, but had been a regular starter during the previous three seasons, even weighing in with a few important goals.

His eleven matches at United during his loan spell saw him finish up on the winning side nine times, with only one defeat- and weigh in with three goals.

“It’s great to be announcing that Finn has signed for Hastings United on a permanent deal. From the first day he walked into the building he has shown great character and attitude, the boys love having around the place. His form has been exceptional, and the scary thing is I think he can still improve here as a player. I really feel he could be a vital player for us for years to come.”

 The Three Tanners Leatherhead bring in three, as they prepare travel to Worthing today

It's a big day if you're in Amber or Stripes  Cheshunt and Folkestone Invicta compete in the Fourth Round of the FA Trophy today. Watch the Ambers live, and Invicta from your armchair.