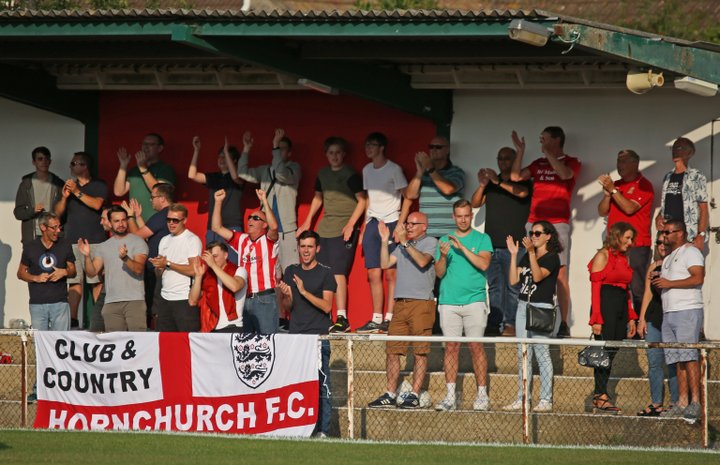 Chid moves to Hornchurch- and scores on his debut

Chid Onokwai took forty seven minutes of his Hornchurch debut to score last night- the second time Urchins fans have seen him score this season, as he found the net AGAINST them for Leatherhead last month.

He was with the Tanners only a short time, joining them in mid October from Haringey Borough and scoring twice in his seven matches.

Previously he scored seventeen goals in seventeen games for FC Romania during the 2018-19 season, then moved on to champions Hayes and Heading United and got three more. He got fourteen in twenty three appearances for Haringey Borough during the 2019-20 season, and then moved on to St Albans City, also playing on loan for Hendon. He was back with Borough this season, playing another seven times.