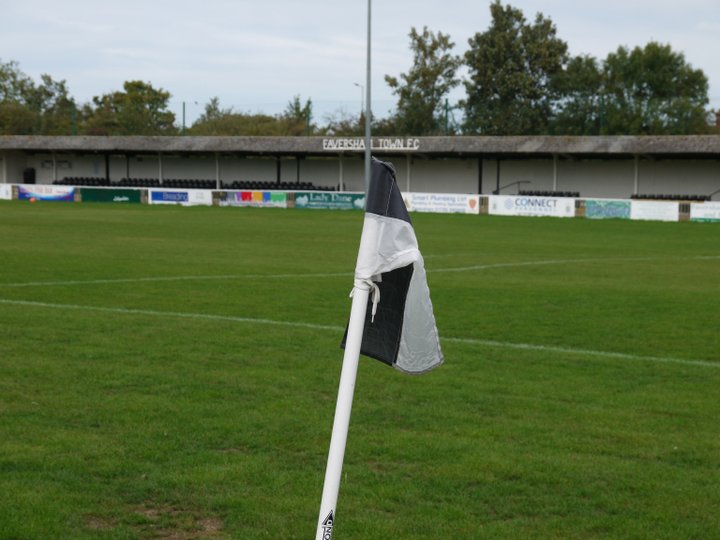 A trio of Lilywhites put their heads together and pick…a First Seventeen- and three managers!

On the basis that 3 heads are (usually) better than one Ray Leader, Peter Clarke and George Scholley recently compared opinions on the First XI for Faversham Town FC covering the years from when the club reformed in 2002 to the present. Surprisingly there was a good deal of shared opinion between the contributors and lots of happy memories revived.

Based on 4-4-2 but with a subs bench for those who just missed out on being included in the First XI for various reasons and a mention of club managers, our team would be;

Luke Watkins - We have been fortunate over the last 20 or so years to have had some excellent keepers at Salters Lane. Most memorable are Simon Overland, Will Godman and the present No 1 Luke Watkins. Our choice is Luke Watkins who has made some memorable saves since arriving from Ramsgate. The save that really sticks in the memory is his last minute penalty save in the opening fixture of 2020/21 season against Hastings, which was the start of our unbeaten record in the league for the season until things came to a halt.

For a number of seasons the club captain was Aaron Lacy, who in addition to being an excellent right back was able to turn his skills into an attack weapon because he possessed a long throw which was the provider of a number of goals.

If you were to ask any Faversham supporter their nomination for Centre half they would all say Matt Bourne, who is a tower of strength in that position in the present squad and to date has made over 500 appearances for Faversham. Truly a legend and scored more than a few times as a bonus!
Alongside Matt we have gone for John Scarborough, who was a commanding physical presence and a true club man for Faversham.

Jamie Maxted occupied this position for a number of seasons. He had a great left foot and was able to pass long distance with great accuracy to pick out a team mate in an attacking position, and scored some great goals himself as he loved to get forward.

Charley Robertson- As a right sided midfield player Charley was great in possession and scored more than a few goals including the winner in our second play off semi against Dorking.

Wayne Wilson- The dead ball specialist who scored some memorable goals from free kicks around the penalty area.

Josh Stanford- Left sided midfielder with pace and an eye for goal. His 30 yard drive in our game v Folkestone Invicta a few seasons back sticks in the memory.

George Monger- Always did his shift in midfield and scored some memorable goals from distance.

Luke Harvey- Mr Dependable -a great clubman who always gave his all.

Jack Baldwin- As an 18 year old played in the first team for one season before moving into league football. Always looked destined for higher things. Now at Bristol Rovers.

Ashley Brown- A defender with pace who moved up from local league football.

Jack Harris- A great goal scorer in his time with the club.

Harry Harding- The present club captain One of those rare players who always seems capable of scoring.

Lee Shearer- A strong man at the heart of the defence.

Justin Luchford- who got us promoted to the Isthmian League.

Ray Turner- a very popular and successful manager who took the club to play off and league cup finals.

James Collins- our present manager who in his COVID interrupted spell at the club has shown that the successful times will be back.

We thank them all.

 Programmes and moving pictures: Hendon v Wealdstone, FA Amateur Cup Final, 1966 We're off to Wembley, and we bring you both excerpts from the programme and some video highlights