Oysterboys bring in a Ram- and bring back twelve 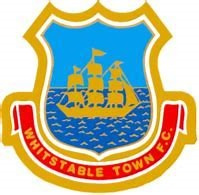 Whitstable's squad is coming together for the new season

Whitstable Town last night announced the return from the club of Ollie Gray from Ramsgate, and the return of a dozen players from last season.

Ollie was on his second spell with the Rams, having left the club in summer 2018, and he made fourteen appearances last season. He was with the Oysterboys from 2014, playing sixty times, and also turned out for Margate and Sittingbourne.

The returning players are as follows:

 A pair of Rocks Two sign on for East Thurrock United