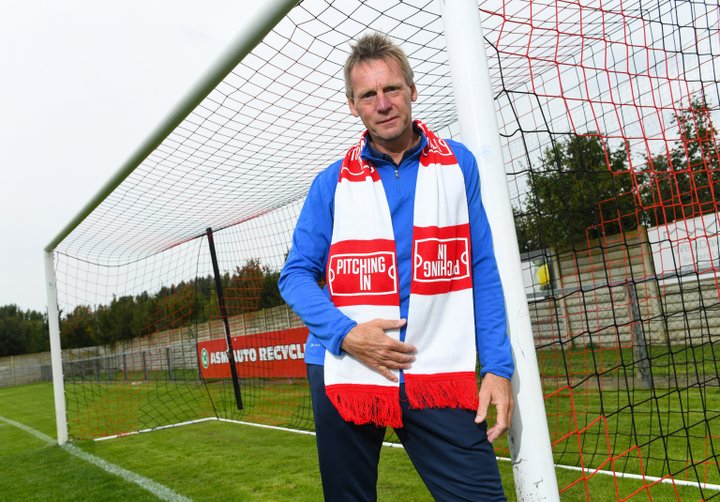 Entain (owner of Ladbrokes and Coral in the UK) and the three Trident Leagues (The Isthmian, Northern Premier and Southern Leagues) today jointly-announces the launch of the Trident Community Foundation to help fund community-based projects through a grant application process for the 228 football clubs in the leagues- an initiative which, given the current crisis, couldn't have arrived at a more opportune time.

“Pitching In”, Entain’s recently launched grassroots sport investment programme, is the founding partner of the Trident Community Foundation (TCF) and has donated £150,000 to establish the TCF fund, for distribution over the rest of the 2020/21 season.

“Pitching In”, Funded by the Group’s own Entain Foundation, was announced on 3 September 2020 as the partner of all three Trident Leagues, The Pitching In Isthmian League, The Pitching In Northern Premier League and The Pitching In Southern League, and today’s launch of the Trident Community Foundation is the latest phase of the “Pitching In” grassroots sport investment programme. It comes at a time when football clubs and sporting organisations across the nation are facing the unprecedented impact on their finances of the COVID-19 pandemic.

The Trident Community Foundation’s aim is to support, develop and improve the delivery of community programmes at the football clubs and help fund small and medium-sized projects. The Foundation’s vision is to create a strong sustainable community programme that will help clubs develop young talent, promote non-league football to a wider audience, attract volunteers to Trident League Clubs.

The application process has been kept simple to provide the best opportunity for Trident League Clubs to obtain funding for various types of community-based project. No project will be too small, and in the first year the maximum grant award will be capped at £5,000. This could increase in the future should the TCF Fund increase.

Commenting on the joint launch by Pitching In and the Trident Leagues of the Trident Community Foundation, Shay Segev, CEO of Entain Group said:

“We are delighted and very proud that through our Pitching In programme, Entain is establishing the Trident Community Foundation, in partnership with our friends at the Trident Leagues. This unique and exciting partnership will provide grassroots support where it is needed most for the benefit of community-based football clubs, and the thousands of people that play for them, work for them, volunteer for them, and support them. This is exactly in line with the approach we recently set out when launching our Sustainability Charter.”

England footballing legend, Stuart Pearce, who recently returned to his non-league footballing roots as the official Pitching In Ambassador, says:

“I’m personally thrilled that Pitching In and the Trident Leagues are launching this Foundation, as I know first-hand what a big difference these grants will make to the community football clubs playing at this level of the football pyramid. Community football is facing the most challenging time imaginable because of COVID-19 pandemic, so the establishment of this Foundation is all the more welcome for that.”

“The Trident Leagues are delighted to see the Trident Community Fund launched. Our clubs are at the heart of their local communities and the Fund will provide them with the means to strengthen those links. No scheme is too small and we hope that as many clubs as follows take advantage of this new funding.”

“I started covering non-league football at my local paper when I was 17 and it is the bedrock of our sport. Non-league clubs are embedded into their local communities and they bring a real wellbeing to their respective areas.

“The timing is perfect. There is a feeling of optimism around the country – the vaccines started this week – and we hope the leagues will start kicking off again very soon. Once they kick off again, the clubs can look forward with some optimism and these grants will help that.

“There will be a massive variety of projects put forward by clubs and I am looking forward to seeing the range of applications that come in.”

In line with the decision taken by Entain (formerly GVC Holdings) in 2019, to unilaterally pull-out of sponsorship of football in the UK, the Pitching In partnership will not promote any of the Group’s betting or gaming brands and no branding will be used at any of the leagues’ grounds.

Further announcements on additional projects will be made in the coming weeks and months. For more details head here- and you can watch our launch video, featuring Stuart, Nick, David and Horsham FC's very own Kevin Borrett by heading here.