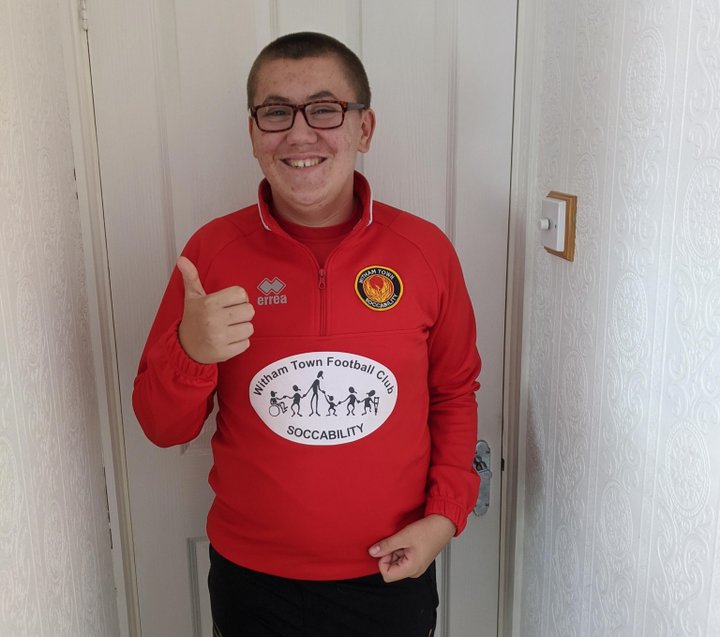 The folk at the Simarco Stadium have got one of their Soccability players, Ben, to answer the questions this year. Look out for a video from them shortly.

We’re back in the Pitching In Isthmian North Division, and we’re going to hear from Ben, who attends Witham Town’s award-winning Soccability Programme. He made a video of his answers so we only have them in brief, and you can see that Ben’s video on Town’s social media channels shortly.

When we beat Basildon United.

Basildon United were defeated twice in the League last season; a three-one win away from home last December, with two goals from Scott Kemp and one from Marcus Bowers, and then what looked to be an even more critical win in February, when Oliver Bell scored the only goal of the game seven minutes from the end as both clubs fought at the wrong end of the table.

When we lost to Canvey Island seven-one!

Little more than two weeks prior to that match second match with Basildon, Canvey Island turned out at the Simarco Stadium. It was one-each at half time, both goals coming in two minutes just before the break, but it went rather badly for the hosts in the second half as the Gulls hit six without reply.

Pretty good, but it depends what kind of form we’re in!

All of them- because I just love football!

I’ve only been to Witham’s ground to watch the first team and the reserves. I’ve not been to an away ground yet.

Heybridge Swifts. They are quite a good team and fast as well!

9. What advice would you give to any away supporter visiting you for the first time?
Just enjoy the match!

10. Who is your favourite player of all time (for your club)- and why?
Rhys Madden. Rhys is a goalkeeper who first played for Witham more than a decade ago, and managed a goal back in 2009, scoring against Leyton. He has also played for Ware, Bowers & Pitsea and Aveley.

 A World Tour of Kent- Part One: Sittingbourne We've been wandering around the Garden of England with camera in hand. First we went to Woodstock Park